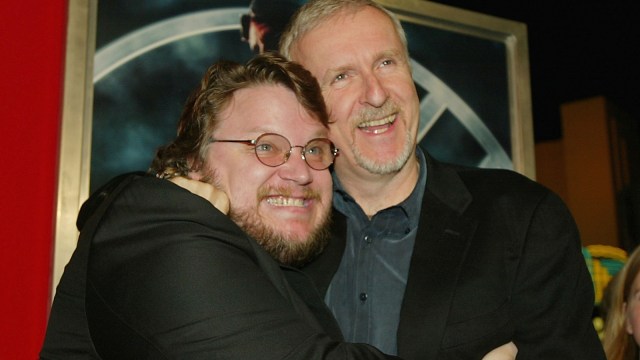 Guillermo del Toro has developed a habit for attaching himself to a large number of projects that never end up getting made, but none have stung the two-time Academy Award winner quite like At the Mountains of Madness.

The H.P. Lovecraft novella is famously The Shape of Water and Hellboy director’s “one that got away”, and it’s insane to remember that Warner Bros. were unwilling to take what would admittedly be a sizeable risk on the R-rated blockbuster fantasy epic given the talent attached on either side of the camera.

At one stage, del Toro’s At the Mountains of Madness was going to be shot in native 3D with James Cameron boarding the project as part of the producorial team, while the world’s biggest movie star Tom Cruise was attached to play the lead role. Sure, the source material has been deemed “unfilmable” on more than one occasion, but that hasn’t stopped plenty of other similarly-dubbed titles from making it into the realm of live-action.

It’s admirable that the filmmaker refuses to give up on At the Mountains of Madness regardless of the setbacks, and he’s now posted some test footage from the planned movie on Instagram, which offers a tantalizing taste of what could have been.

Given his newfound creative partnership with Netflix, it can’t be ruled out that the streaming service could be the ones to finally pull the trigger on del Toro’s longtime passion project. After all, an R-rated blockbuster with a budget north of $100 million isn’t exactly a sandbox the streamer has never played in before, and you can guarantee the hype would go through the roof were it to happen, even though you’ll never see Cruise on the small screen.