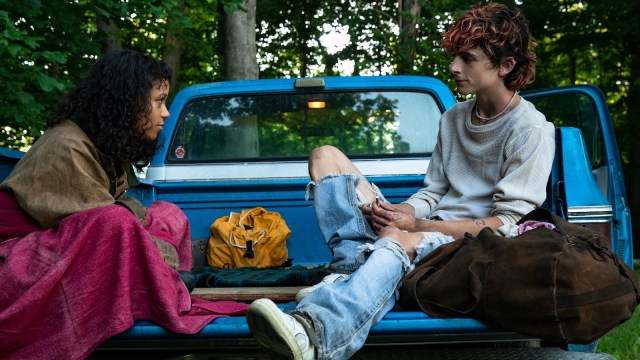 Recently, director David Gordon Green put a button on his Halloween series with Halloween Ends. Up next he will be working on bringing back The Exorcist, but first, he is acting in Bones and All and has now explained how he obtained the rare character role.

According to a new IndieWire article, Green, who plays Brad in the piece coming out next month, says he came onto the work because of director Luca Guadagnino’s pedigree. Essentially, if he asks Green to jump, Green would ask how high and doing the work was a monumental moment for the man who has made much of his work as a director in the dramatic and small spaces.

“The idea of experiencing playing a character, particularly in the concept of this movie — obviously it’s a very small role — but for me, it’s kind of a monumental moment.”

Green adds he also came into the project out of a desire to do something new and keep evolving. He does not say if more acting is in his future, but is detailing a deleted scene and says he is grateful for the director choosing to excise it when sitting down to edit.

“One scene he did cut, that he probably is really smart to, is [one in which] I sang and I played the banjo in it. So that’s never to be seen. I’m thankful that that’s not, and nor is the scene of me and my tighty-whities, so he has discretion, and I applaud him for that.”

Bones and All premieres Nov. 18 in the United States. It is a coming-of-age romantic cannibal road movie and also stars Taylor Russell, Timothée Chalamet and Mark Rylance. It follows a pair of cannibalistic lovers on the road in Ronald Reagan’s America. It is based on a book of the same name and those who have seen it have high praise for the idea. On Rotten Tomatoes, it has an 89 percent fresh rating based on 63 reviews and the consensus is the piece is deeply romantic and somehow, thought provoking, too.