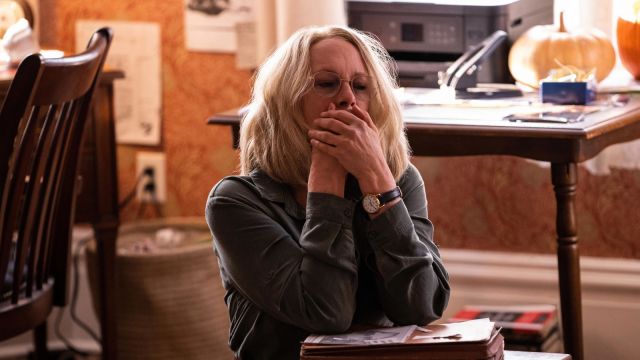 Halloween Ends has hacked the box office bone, but won’t be bleeding out much more gross as it looks to fall shy of a box office marker of success.

The culmination of Jamie Lee Curtis’s Halloween era arrived in cinemas in mid-October, but won’t be sticking around for much longer if the box office is to be believed. Ends slashed its way to $58 million in its opening weekend but has since languished in the weeks since with it now almost certain to lag behind its predecessors financially.

Teetering on $96 million gross worldwide, it may struggle to hit the almost expected $100 million mark. The massive drop-off in returns is further proof of diminishing returns for the franchise, with 2018’s Halloween grossing $250 million before Kills dropped off to $130 million.

There are a few reasons why Ends might not be hitting the heights of its predecessors. Firstly, the mixed-to-negative reviews of the film didn’t help, with its Rotten Tomatoes score of 41 percent. Ends also saw a simultaneous streaming release, which could be the deciding factor in the box office not looking as fruitful. Debuting on Peacock the same day as cinemas meant there was less of a cinematic event feel around the film.

Perhaps the crudest example can be made by referencing cinema’s biggest franchises Star Wars and the Marvel Cinematic Universe. Avengers: Endgame transcended normal movie releases by leaning into the culmination of years of storytelling. Halloween Ends was meant to be exactly that, with a story that began in 1978 finally ending, with a legacy star returning a la the financial hits of the Star Wars sequel trilogy.

Truthfully it’s not a fair comparison but shows Halloween Ends shot itself in the foot with a release that took away from the prestige of cinema. Halloween has always been a cinematic series made for its titular holiday, with an iconic score that fills auditoriums with unease. The inability to hit $100 million before its holiday may be food for thought at Universal.

Ends isn’t a box office bomb, however, with it comfortably making its $33 million budget back with $94.7

Halloween Ends is currently in cinemas, and streaming on Peacock.