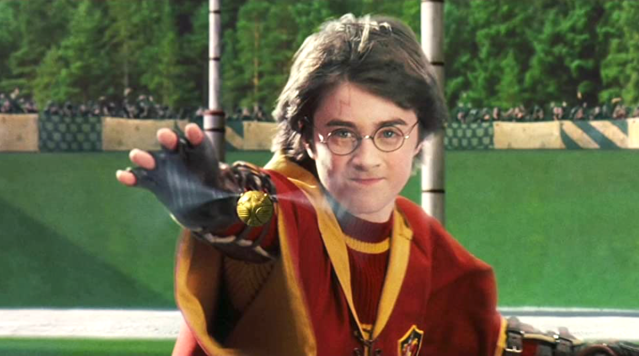 The Harry Potter franchise comes with many mysteries, many of which are solved throughout the storytelling, such as the identity of the Half-Blood Prince, the true creators of the Marauders Map, and who opened the Chamber of Secrets. But there are still some that have left fans scratching their heads and they’ve decided to come together to see if they can figure it out.

In the Prisoner of Azkaban, Harry receives an anonymous package containing the latest broomstick model, the Firebolt. Though the gift is anonymously sent, Harry and his friends are pretty sure it is from his godfather, Sirius Black, with Hermione even reporting it to McGonagall to ensure it was safe to use (remember, the books are different from the movies and the gift came at Christmas before they knew Sirius was innocent). Sirius later said the top-of-the-line broomstick was “thirteen birthdays’ worth of presents from your godfather.”

This gift led one reader to think back to another time Harry received an anonymous broomstick in the post, though we never did find out exactly how that was arranged. In the first book, the Philosopher’s Stone, Harry, despite having only known about the world of magic for a few months, turns out to be a very talented Quidditch player. His talent is noticed by the head of Gryffindor, Professor McGonagall, who bends the rules stating first years may not own their own broomstick or compete, to ensure that Harry can join the Gryffindor quidditch.

After his admission onto the team Harry receives a Nimbus 2000, the then best model on the market, delivered to him during breakfast, and though many have their suspicions, it is never clearly stated who exactly procured it. One reader turned to Reddit for some clarification.

Though many are solid on who was responsible for the gift, others are delving deeper into how exactly the broomstick was paid for. This user thinks McGonagall bought the broomstick out of guilt for having left him with the Dursleys and love for his parents.

Dumbledore may have played a part as well.

Her motives weren’t entirely pure — this user thinks her desire to kick Slytherin’s ass was also a factor.

Many think that the broom was actually purchased with Harry’s own money.

This theory is kind of cool, with Harry acting as some unofficial influencer for the brand.

Some people think that McGonagall paid out of pocket for the broomstick.

The Harry Potter Wiki Fandom page does state that it was McGonagall who arranged for Harry to receive the broomstick, but even then there is no clear evidence of how that broomstick was obtained. So, unfortunately for these fans, this is one Harry Potter mystery that remains unsolved.