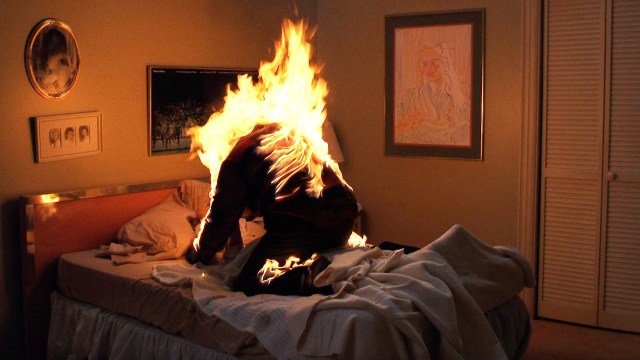 As the spooktacular month of October draws near its end, corporations and companies alike are preparing for the ever-popular holiday season, which includes rolling out the red carpet for an abundance of Christmas movies and television shows. But before Mariah Carey and her Christmas anthem defrost for the winter, streaming services like HBO Max are eager for fans to enjoy an iconic horror franchise for a few more weeks, before the notable genre franchise is removed from the service in November.

The franchise in question is Wes Craven’s A Nightmare on Elm Street, which features its entire catalog of films on HBO Max. However, horror fanatics and Freddy Krueger stans only have a select number of weeks left to binge through the series, as it prepares to wave its final goodbye — which is pure blasphemy, if you ask us. As per ComicBook.com, all Nightmare movies, including the Freddy vs. Jason (2003) spinoff, are set to be removed from the platform on Nov. 30.

In addition, other genre classics like Friday the 13th (1980) and Poltergeist (1982) will simultaneously be removed from the streaming service. It’s certainly a gigantic loss for the streaming giant, although it’s the perfect decision to make way for a plethora of holiday movies that will surely be added in the days following Nightmare’s removal. Plus, with series veteran Heather Langkencamp recently expressing interest in the franchise’s return, perhaps the transformation will take place from streaming to the theatrical box office.

Before it’s too late, horror fanatics can head over to HBO Max right now and stream the multitude of A Nightmare on Elm Street films just in time for the climax of spooky season.