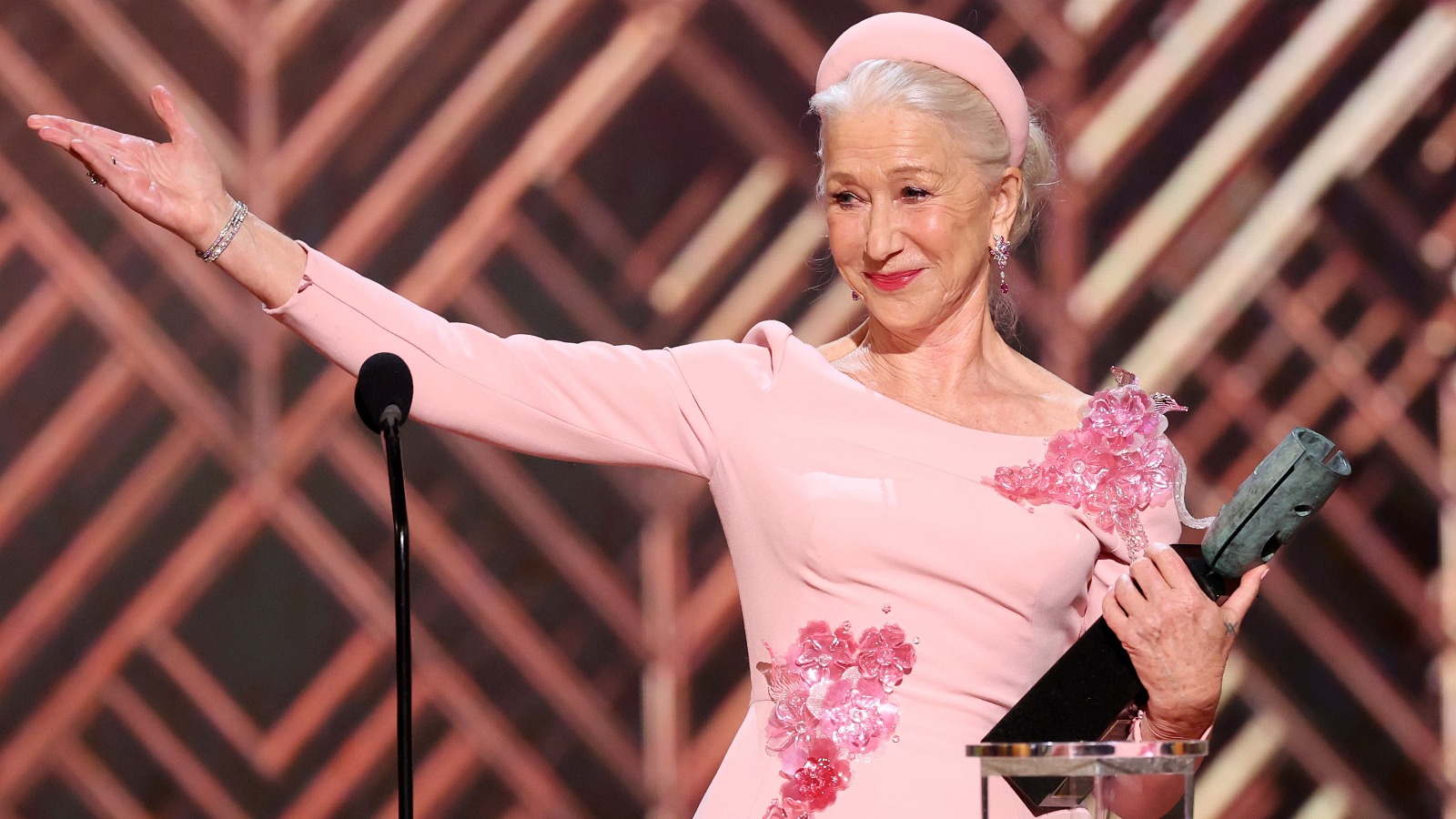 The Queen, The Fate of the Furious, and Hobbs & Shaw‘s Helen Mirren picked up the Lifetime Achievement Award at the 2022 SAG Awards last night. It comes after a long and celebrated career on stage and screen. Mirren first turned heads in the 1960s at the Royal Shakespeare Company and London’s West End, before going on to several highly-praised roles on British TV, and an enormously successful movie career combining prestige films with hi-octane blockbusters.

The secret of her success? Mirren didn’t beat around the bush in telling it how it is during this weekend’s SAG Awards.

“Any achievement that I’ve succeeded in is the result of my mantra, ‘Be on time and don’t be an ass.’”

This is advice that many primadonna A-listers should pay attention to, as there’s nothing worse than tens of bored people killing time and money on set while waiting for a mildly hungover actor to arrive for the day. We even got some brutal insight into this recently, with Charlize Theron revealing that Tom Hardy would keep everyone waiting on the Mad Max: Fury Road set, resulting in a miserable working atmosphere.

With this win, Mirren becomes the most decorated SAG Lifetime Achievement Award winner in the guild’s history, though went on to criticize unnamed fellow actors for their oversized egos:

“I’m simultaneously enormously proud, and yet I’m driven with the understanding that I absolutely do not deserve this. And there is this conflict that I believe you all understand: insecurity versus ego. That cocktail that I believe most actors sip in the evening as they contemplate the wonderful gift they received the moment they decided to become an actor.”

Mirren’s perspective is fairly common to classically trained British actors with stage backgrounds. You’ll hear similar sentiments from the likes of Ian McKellen, Ben Kingsley, and Judi Dench — all of whom are at pains to underline that acting isn’t some heavenly calling and is ‘just’ a job.

Perhaps the most famous example of this is Laurence Olivier’s cutting comment to Dustin Hoffman on the set of Marathon Man. In order to accurately portray his character’s exhaustion, Hoffman stayed awake for 72 hours before appearing on set. Olivier simply said, “My dear boy, why don’t you just try acting?”

Mirren’s next big role is in Golda, a biopic of Israeli Prime Minister Golda Mier, which will release sometime in 2022.