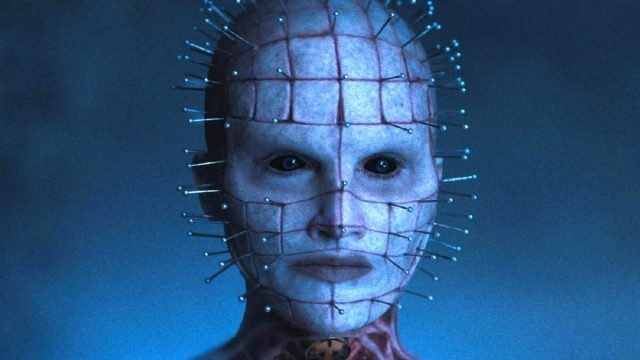 While everyone appreciates and admires the originals, there’s no shame in an occasional reboot. As times are changing, so is the typical movie-going public. While Hellraiser (1987) would have horrified ’80s and ’90s kids alike, the modern generation is a little harder to convince.

Serving as a reboot and the eleventh installment overall, Hellraiser (2022) sees David Bruckner (The Signal) in the director’s chair with screenwriting duo Ben Collins and Luke Piotrowski (The Night House) penning the screenplay. Turning the classic story on its head, Sense8 actress Jamie Clayton will portray Hellraiser. Clayton, a transgender woman, also appeared on The L Word: Generation Q.

With less than a week before Hellraiser arrives on Hulu, Clayton spoke during a premiere Q&A attended by WGTC about navigating the film industry as a transgender individual.

When asked about her relationship with horror films and genre film as a whole, as well as the struggles she faced as a transgender actress, Clayton said:

“Listen, when I started my acting career, like a little over a decade ago, the one goal that I had was to play all kinds of different roles. I just wanted the opportunity to audition for all different kinds of things. And because someone who’s trans, I’m just not allowed in the room, because I’m just pigeon holed into only doing certain things.

And so when they decided that they wanted to cast a woman in this role, and the audition came, I never thought I would get it first of all, but I thought, I mean, I have great friends who reminded me this is something that you’ve always wanted, like this, it’s so you know, like, a hacker of, you know, sober bartender, and now the priest in Hellraiser.”

Clayton continues to describe the mutual enjoyment she and director David Buckner experienced during the auditioning process and subsequent callback, where the pair spent an hour chewing the fat.

“It’s like, what is he going to do next? But I was just so grateful for the opportunity. And I just honestly, when when I auditioned, I never think that I would, I didn’t think I was gonna get it. And so it was just a really fun audition. And I think that that’s one of the things I just let go, and then I got a call back, and I was like, Oh, really? Okay. And then we had so much fun in the callback.

And David was so amazing. I remember telling my manager after that hour long callback, which never happens. Just, I was like, I want to work with this director, no matter what it is, if it’s not this, I want to do I want to work with him. And then I got it. I was like, oh, fuck, okay. But I just want him to play all different kinds of roles. And you know, luckily, they were willing to open up the casting to all different kinds of women for this part, and I got to audition and I got it because I’m good.”

While Hellraiser will have its world premiere at Beyond Fest in Santa Monica, California on Oct. 4, 2022, the film is scheduled to be released via streaming exclusively on Hulu on Oct. 7.