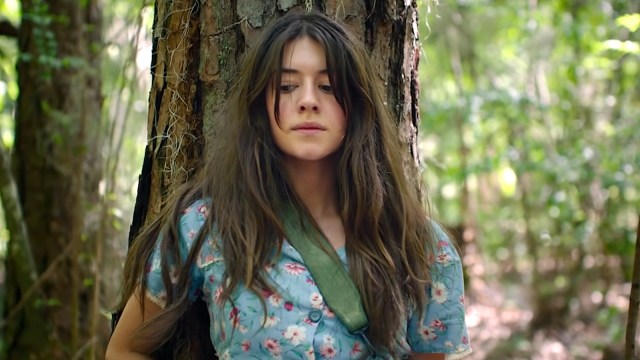 In Hollywood, movie adaptations are a dime a dozen, but only a small handful end up being as good as their novel counterparts. When it was announced that Where the Crawdads Sing would become a movie, fans of the mega-successful New York Times bestseller written by Delia Owens had every finger and toe crossed that this one would live up to the hype that brought it to the silver screen in the first place.

Set in the pre- and post-civil war era, Where the Crawdads Sing is about a young girl named Kya who gets abandoned by her family at the age of six and is forced to live alone in the marshes and fend for herself. Resilient, resourceful, and regarded as “trash” by many in town, Kya fights an endless battle of survival, one that eventually involves her getting accused of murdering local football star, Chase Andrews.

Back in 2018, Delia Owens’ literary masterpiece caught the eye of Hollywood’s sweetheart, Reese Witherspoon, who chose Owens’ book for her Reese’s Book Club and catapulted the story into the stratosphere, leading to over 12 million copies sold worldwide. Witherspoon — like Oprah Winfrey — is known for turning debut authors into New York Times bestsellers with her book club picks, and Where the Crawdads Sing was no exception. It was only a matter of time until it became a movie, and as it turns out, who better to bring it to the big screen than Witherspoon herself?

Under her Hello Sunshine media company, Witherspoon put on her producer hat and compiled a team of female filmmakers to bring Where the Crawdads Sing to life, with director Olivia Newman in the lead; Lucy Alibar from Beasts of the Southern Wild as screenwriter; and Normal People’s Daisy Edgar-Jones as the main character, Kya.

Because Where the Crawdads Sing has such a rich and historical backdrop, fans of the book have been eager to learn where the movie would film its most vital aspects of the story, like the marshes where Kya grows up and where Chase Andrews is later found murdered. Here’s what we know.

Where does the movie take place?

The book takes place in a fictional North Carolina coastal town of Barkley Cove. It’s clear from Owens’ vivid imagery that she drew on past experience living in the south to bring her debut story to life. Like Owens, Witherspoon was raised in the South — from Nashville to New Orleans — so if there were any concerns that the film would inauthentically portray that particular part of the country, you can lay them to rest.

In an interview with Vanity Fair, Witherspoon says, “…the way that Delia Owens wrote this book with such authenticity, you could just tell she really grew up in this place. She really appreciated the nature around her. The book is a love letter to growing up in the South, which for me really resonated because I grew up in New Orleans and Nashville.”

Where was the movie filmed?

Hollywood, as we know, doesn’t always film in the same place as the setting of a story. In fact, such a scenario is a rarity in the industry. For Where the Crawdads Sing, Witherspoon and filmmakers chose to pivot from the coastal plains of South Carolina to the swamplands of Huoma, Louisiana.

Filming for the movie began back in April 2021 and lasted roughly four months. At that time, photos started emerging from various members of the cast and crew, showing off the lushious weeping willow trees and signature marshes and swamps. It was unclear at first whether this “love letter to the south” was actually being filmed in the south, but we can all breathe a sigh of relief knowing that it was, per Country Living, and that its raw beauty will be on full display when it finally hits the big screen.

Where the Crawdads Sing officially releases in theatres on July 13, 2022.