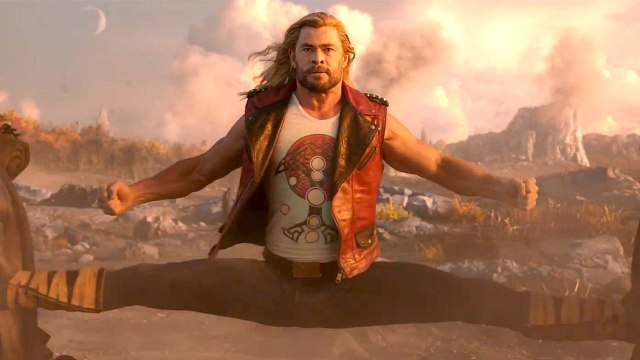 Case in point: @LeCinephiles’ 10-second clip of an exasperated Homelander from The Boys, captioned with “a marvel movie going 17 seconds without a joke.”

In addition to a funny and cleverly-constructed observation, the tweet is a collective release of frustration over Thor: Love and Thunder. The newest MCU extravaganza failed to meet expectations, due in large part to prioritizing jokes over cohesion, character development, cinematography, and many other important components of film.

“It leans heavy on the comedy to the point where the movie feels like an MCU parody of Thor rather than a Thor adventure,” wrote critic Jeremy Jahns of JeremyJahns.com. “A movie more interested in ironic laughs than furthering the MCU’s mythology or delivering cohesive behaviors,” added Brian Eggert of Deep Focus Review. With a 67 percent Tomatometer, Love and Thunder is one of the lowest-rated MCU films.

Many Twitter users replied with similar sentiments, especially that the franchise’s mechanism for trying to generate laughs is running out of gas.

Others, however, are in complete disagreement. They love the MCU’s humor, and are tired of negative Nancies trying to ruin their good time.

Check out Thor: Love and Thunder to see for yourself whether the humor works or not. Whatever opinion you come away with, we hope it doesn’t dampen your appreciation for a good meme.