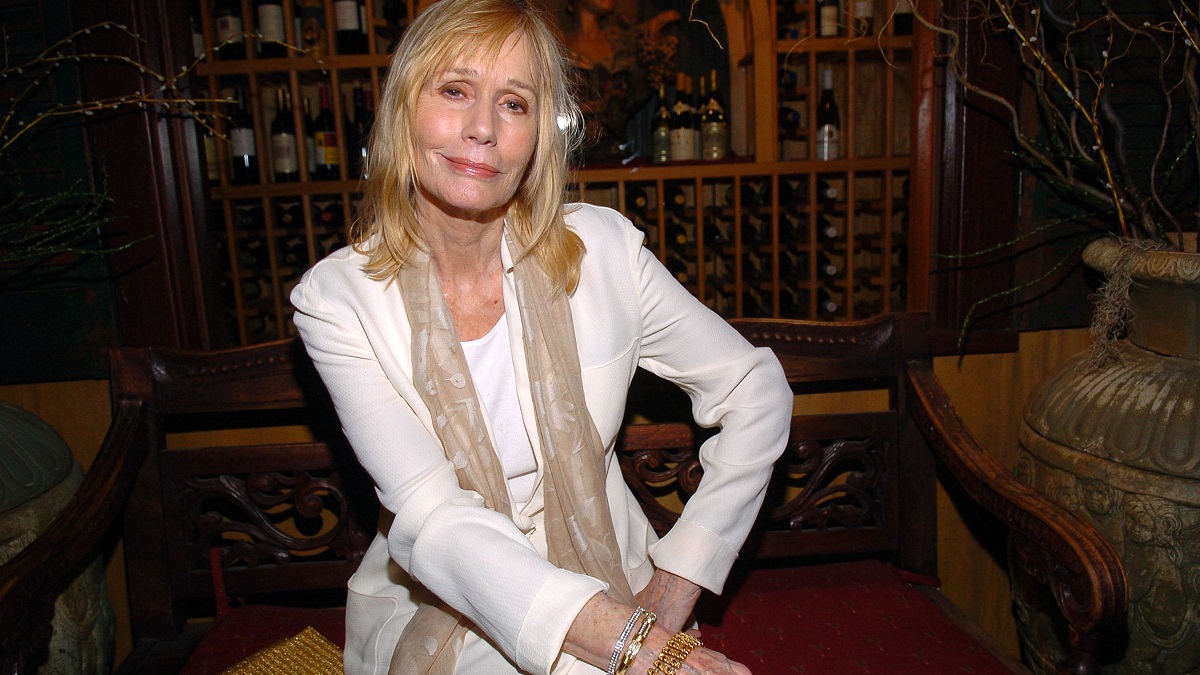 (Photo by Gustavo Caballero/Getty Images for the Sarasota Film Festival)

Sally Kellerman passed away on Thursday at age 84 from complications of dementia following a stay in assisted living. Kellerman was a Hollywood stalwart, regularly working in television and film for over sixty years. Today, her friends, fans, and fellow stars took to social media to remember the iconic actor and singer.

Kellerman received praise for her Oscar-nominated role of Major Margaret “Hot Lips” Houlihan in Robert Altman’s M*A*S*H and opposite Rodney Dangerfield in Back to School, as well as Television roles in Star Trek, American Virgin, and Maron. She went on to appear in two more Altman projects; the quirky black comedy Brewster McCloud and a cameo performance in his star-studded satire on the film industry, The Player. Kellerman was nearly in Altman’s surreal Country and Western send-up Nashville as well, but it didn’t work out. Kellerman recounted in her memoir, Read my Lips: Stories of a Hollywood Life, “Bob called me one day at home. “Sally, do you want to be in my picture after next?” he asked. ‘Only if it’s a good part,’ I said. He hung up on me.”

Kellerman played Maxin Dempsey alongside Treat Williams in the 1983 television movie, Dempsey, in which Williams portrayed the legendary heavyweight. In a Tweet he made yesterday, Williams recalled Kellerman as “sweet, funny, and vulnerable.”

One of Kellerman’s most remembered television roles was that of Dr. Elizabeth Dehner in “Where No Man Has Gone Before,” the second pilot of the original Star Trek series that featured the debut of regulars Captain Kirk, Scotty, and Mr. Sulu. William Shatner, who famously played Kirk in the series, expressed his condolences to Kellerman’s family via Twitter.

Kellerman had a long string of television credits in the 1960s, appearing in many of the era’s most popular series such as Gunsmoke, Cheyenne, The Alfred Hitchcock Hour, The Outer Limits, and Mannix while also pursuing her career on film and stage. By decades end, she was beginning to be tired of the thin roles offered to her though, telling Life Magazine in 1971, “It took me eight years to get into TV—and six years to get out.”

Kellerman was a native Californian, born in Long Beach, and raised in the San Fernando Valley and Granada Hills. An aspiring singer, Kellerman signed a contract with Verve records but ended up walking away from it out of fear that she wasn’t talented enough. Kellerman would go on to take acting lessons at Los Angeles City College and the Actor’s Studio West before making her screen debut in the 1957 exploitation film Reform School Girl.

Although she gained more renown for her acting career, Kellerman never gave up on her love of singing. She eventually recorded two albums over the years, Roll with the Feelin’ with Decca in 1972, an eclectic mix of Folk-Rock tinged with Country and World Music influences, and a later album of pop and rock standards entitled Sally, in 2009. Kellerman also performed three times at Los Angeles’ What a Pair series of concerts for breast cancer research.

Despite her statement to Life, Kellerman would return to television and made regular appearances in series and television movies throughout the regular life. Kellerman hosted Saturday Night Live in 1981 and performed alongside Dave Thomas in the live-action Boris and Natasha: The Movie, loosely based on the antagonists of the animated Rocky and Bullwinkle series. Kellerman had a memorable recurring role in comedian Marc Maron’s IFC autobiographical series Maron. The comedian posted a memorial to Kellerman on his Twitter account, calling the actress, “radiant and beautiful and fun and so great to work with.”