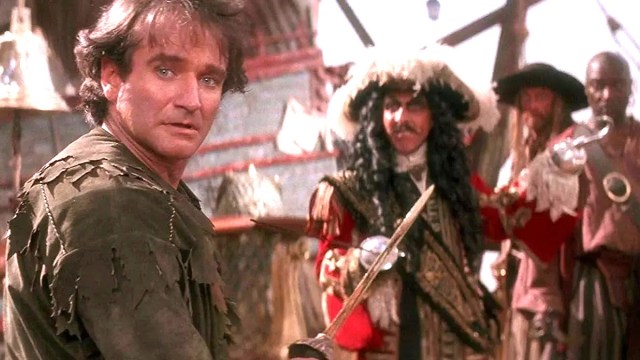 For audiences of a certain generation, blockbuster fantasy doesn’t come much better or more whimsical than Steven Spielberg’s Hook, which on the surface reads like a certified smash hit and beloved fantasy favorite.

The big budget reinvention of the classic tale features the legendary Robin Williams in the lead role of Peter Pan, where he finds himself up against a snarling Dustin Hoffman in iconic scenery-chewing form as Captain Hook. Throw in a $300 million haul at the box office, five Academy Award nominations, and an enduring popularity that’s lasted for over 30 years and counting, and you’d think that the consensus is fairly unanimous on Steven Spielberg’s adventure being an undisputed classic.

As it turns out, that’s not entirely true. Critics were hardly won over at the time, and Hook still only holds a Rotten Tomatoes score of 29 percent, even if its user rating is miles ahead at 75. Not only that, but Redditors have been nothing short of shocked to discover that many of their peers aren’t fans of the film at all, which has led to an intensely heated debate that’s been raging all day.

Some people absolutely adore Hook with all of their hearts, while others find it to be a cloying, over-sentimental exercise in schmaltz that finds Spielberg leaning into his worst and most saccharine tendencies. Outing yourself as a member of the latter camp appears to be punishable by death in this instance, though, based on the vociferous outpouring of incredulity.

It’s true; some people do not care for Hook at all, but based on how spicy things have gotten in the comments, you’d best be careful that you don’t say it too loud within earshot of the wrong person, lest hands be thrown, real or virtual.