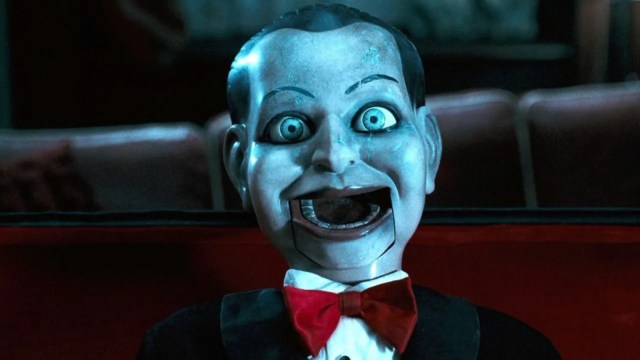 The name James Wan has become synonymous with spine-chilling horror franchises, namely The Conjuring, Insidious and a complete departure from the supernatural, Saw. The 45-year-old Australian made his directorial debut in 2004 with the first Saw film, which went on to become a globally successful and critically acclaimed biological horror saga comprising nine feature films. From there, Wan co-created Insidious with Leigh Whannell and single-handedly formed The Conjuring universe — consisting of The Conjuring trilogy, the Annabelle trilogy, and several spin-offs.

While Wan’s more famous works have stolen the spotlight in recent years, let us not forget his humble beginnings as a filmmaker trying to make it big in an unforgiving Hollywood. While Saw had taken off without a hitch and spawned three sequels in the meantime, Wan decided to dip his toes into the waters of supernatural horror with Dead Silence, which premiered in theaters in March 2007

With a meager 20 percent approval rating on Rotten Tomatoes, Dead Silence didn’t perform for the intended audience of 2007, but has since become a sleeper hit. While it won’t ever be remembered as fondly as The Conjuring or Saw, Wan’s Dead Silence — his first attempt at supernatural horror — has been called “an under-appreciated gem” by one fan on Reddit.

Fondly called “the most under-appreciated horror movie [they’ve] ever seen” and “head and shoulders above Insidious and The Conjuring,” one bold Redditor has sparked debate involving Wan’s impressive catalog of horror and a necessary hierarchy of his most influential horror films. As it turns out, many other Reddit users agree wholeheartedly with the analysis, even going so far as to place Dead Silence above The Conjuring.

There are also arguments that Dead Silence isn’t under-appreciated at all, but rather it receives the amount of love it deserves from horror buffs everywhere.

Even surpassing the likes of Annabelle, The Boy and Child’s Play, there are further arguments made that suggest Dead Silence is a cut above the rest as far as ‘killer doll’ movies are concerned. There’s no right or wrong answer, only personal preference, but this one is certain to irk The Conjuring fans.