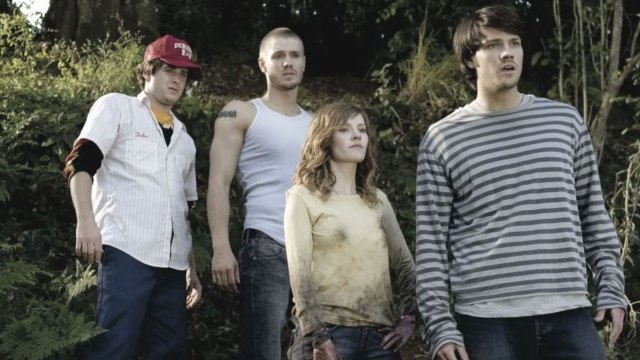 When your horror movie is a 2005 remake of a 1953 horror movie which itself was a remake of a 1933 horror movie, you might find yourself in no man’s land looking for someone to take you seriously. And, indeed, that was the situation that 2005’s House of Wax found itself in back when it first released, largely panned by critics as an uninspired, average-at-best slasher.

For those of you not in the know, House of Wax stars the likes of Elisha Cuthbert, Jared Padalecki, and Paris Hilton, among others, as a group of unlucky college students who are hunted by a pair of sadistic brothers hellbent on coating people in wax to display in their grotesque museum.

Despite its poor initial reception, the film has seen something of a reappraisal on the internet, and the latest group to participate in this odd bandwagon are the folks over at r/horror.

One user pointed to the film’s soundtrack being a high point, with a special nod to My Chemical Romance’s “Helena,” which features during the end credits.

Another responder took the opportunity to question if they’re simply in denial about liking House of Wax. If true, they can rest assured that they’re in safe company, apparently.

One other user went as far as to say that it topped the likes of Scream and I Know What You Did Last Summer, which wasn’t treated as a particularly controversial opinion amongst the population of this subreddit.

We can’t say for sure if Reddit is getting this one right or not, but there’s nothing shameful about guilty pleasures, and, as it turns out, House of Wax may not be that guilty of one.