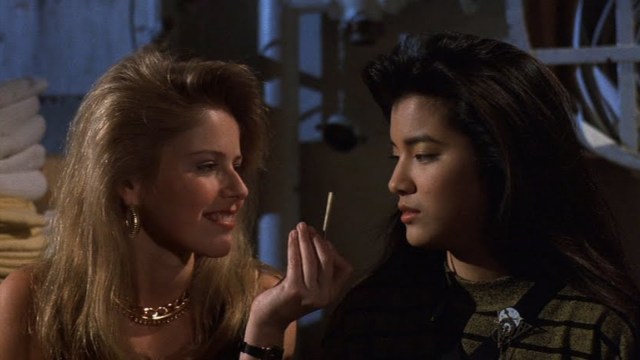 Ever watched a really bad horror movie that completely bombed in every other regard, but totally brought the hits? Well, so have a lot of other people, apparently. Certainly enough to make a whole thread about it. Since the ’80s, there have been so many examples of both groundbreaking and abysmal horrors, but whether good or bad, the soundtrack is usually reliable. After all, most of the ambience comes from setting the scene with a spooky backdrop and some chilling tunes.

The ever-active subreddit r/horror decided to list off their picks for terrible horrors with impeccable scores. Usually, the definition of a good horror soundtrack isn’t a pleasant toe-tapper, but deep and reverberating to send shivers down one’s spine and make their blood run cold. If the music isn’t achieving that effect, then it isn’t fitting for the atmosphere. So, Redditor u/Don’t4GetToSmile reached out to the masses and dared them to name a “train wreck” of a horror film that had a surprisingly good soundtrack. Naturally, the horror fanatics didn’t disappoint.

More than one of Friday the 13th‘s many sequels were named, including Friday the 13th Part III and Friday the 13th Part VIII: Jason Takes Manhattan. Generally, the later Friday the 13th sequels aren’t well-received among the fanbase, but there can be no denying that the soundtracks were formidable. For most installments in the franchise, it’s the opening theme that takes the cake, not necessarily the other featured tracks, but sometimes, all it takes is an engaging opening to get an audience hooked.

Then, the thread moved on from Friday the 13th to call out one of its Halloween counterparts, specifically last year’s Halloween Kills. Now, it’s up for debate whether or not Halloween Kills is strictly “awful,” but John Carpenter, the creative mind behind Laurie Strode and Michael Myers, always composes the best scores for his films — and the Halloween franchise is no exception. Especially for Kills, with all the blood, guts and gore, Carpenter went above and beyond to make every stomach-churning kill all the more impactful with some fitting music. Another of Carpenter’s projects — Firestarter — was named underneath Halloween (coincidentally), which just goes to show that Carpenter is an undisputedly talented composer.

Thankfully, we have some good horrors with good soundtracks out there, too. Take Ti West’s X or Netflix’s Fear Street trilogy, for example. Unfortunately, not every horror can be great, but it can be made better with a killer soundtrack.