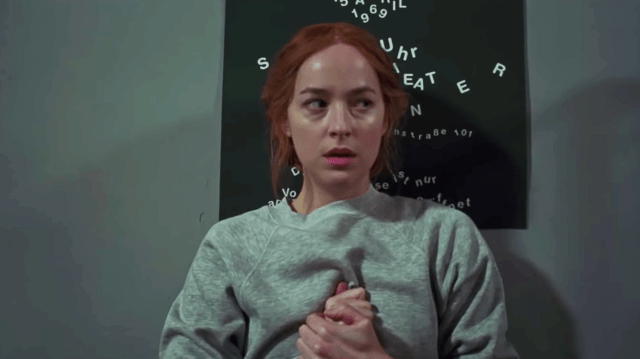 If we’ve learned anything from the box office excursions of Men and Crimes of the Future this year, it’s that taking too many creative liberties, no matter how scrumptious they are, will likely translate to fewer tickets.

Suspiria took a similar absence on the chin back in 2018, when Italian director Luca Guadagnino took it upon himself to helm a spiritual successor to Dario Argento’s 1977 film of the same name, with the director notably preferring the term “homage” for his 2018 effort. Indeed, 2018’s Suspiria easily cemented itself as a separate work from the 1977 version; everything from the color palettes to the thematic contrasts made it all but certain that the two films would only share a name and general premise.

Needless to say, the latter film ended up being anything but orthodox and, to the surprise of absolutely nobody, general audiences weren’t very fond of that. To scrounge up whatever justice for the criminally-overlooked Suspiria they could, the folks of r/horror took the opportunity to sing praise for the film whilst spitting on its tragic plight at the box office.

Some users offered up some more nuanced reasons for the film’s box office failures, with none of them really managing to do anything but make us all a bit more bitter.

Others shared their experience with the dazzlingly haunting homage, and it sounds like a story that didn’t deserve such a scarcity of opportunities to catch it.

It looks like Suspiria‘s widespread reappraisal is written in the stars at this point. Even so, here’s hoping that the more artful horror attempts of tomorrow aren’t victimized by the creatively-indifferent box office like Guadagnino was.