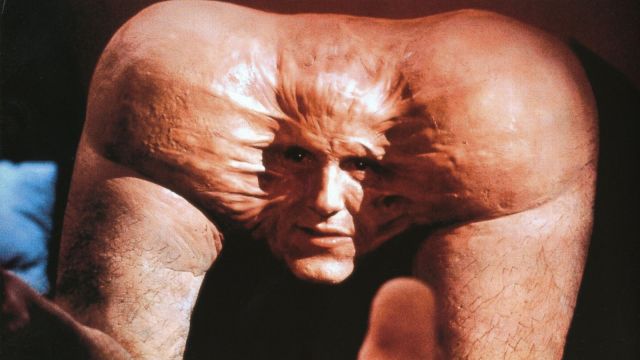 Horror is like a box of chocolates, there’s plenty of different flavors and aftertastes to every treat. But for those who love nothing more than the most disgusting things on offer, the internet has you covered.

Beginning with the late 1970s, body horror and surrealism started to seep into the genre. The idea of the human body itself being terrifying and disgusting is something constantly used by David Cronenberg and paved the way for many others. Forty years on, horror afficionados are knee-deep in the gross.

The internet is now recalling the best and weirdest films in the genre, and it is definitely not for the faint of heart, in the slightest. Prepare to be disgusted.

A lesser known about but truly disgusting body horror is Brian Yuzna’s Society. The 1989 release features one of the most shocking sequences in horror history as the rich elite engage in The Shunting. It’s like a swingers party with a lot more blood.

We all know what happens when you combine a robot with a human and turn him into a cop, but what about turning a human man into a walrus? Well Kevin Smith has you covered there with Tusk, a highly divisive film it has accrued a cult following thanks to its bizarreness.

Nic Cage is an absolute joy to watch on screen. A rare actor who never gives anything but 110 percent in a role, and clearly has no qualms going for insanity, as he did the Lovecraftian horror Mandy. We sense a new cult favorite come 2032.

A more recent release from Alex Garland, Men has a crescendo into its madness that cannot be spoiled but is utterly worth the wait. If you enjoy the gross-out and body horror of Cronenberg, this is an excellent pick come spooky season.

Before Peter Jackson created one of cinema’s finest trilogies in The Lord of the Rings, he was doing obscure horror movies. Chief among these is Dead Alive, a movie so hard to explain it can only be summarised as being strange. Should’ve ditched The Hobbit to make another Dead Alive movie.

Horror’s month is edging ever closer, and the good news for genre fans is major releases are coming in October. Halloween Ends being arguably the largest, as the franchise promises to finally… end come Oct. 14.