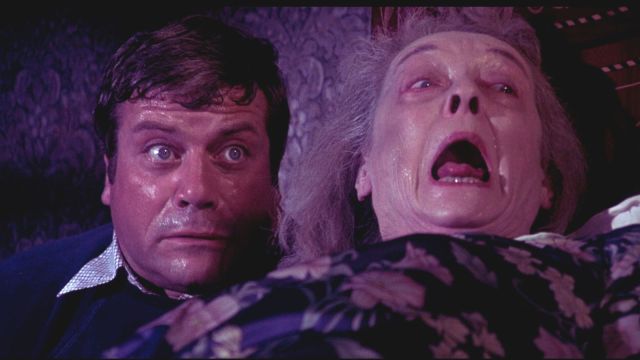 It’s hard to imagine a world of horror not shaped in some way by the lord of horror Stephen King, with his influence felt all over the genre today. But inspiration doesn’t exist in a vaccum, and the film which influenced King is currently getting a renaissance.

Released in 1976 to mostly middling reviews was Burnt Offerings. Based on a book by Robert Marasco of Child’s Play fame, the haunted house movie has often been cited by King as one of the biggest influences on him, and is widely acknowledged to be the inspiration for The Shining.

The creepy ambience of the film is currently getting revisited by horror fans who are acting almost like historians to work out the great family tree of horror.

Burnt Offerings follows a family who move into a grand estate for just $900 for a whole summer, but with a strange caveat from the landlords: their elderly mother must be allowed to live in the upstairs room while they stay, and fed by the guests. Doubly strange, they are never allowed to speak or interact with her in person, with meals to be left outside her room.

Starring Karen Black, Oliver Reed, and Bette Davis, it sees Black’s character suddenly become infatuated with the 19th century garments found within the house, and takes the role of housewife deeply seriously. The chaos definitely gets into same vein as The Shining, even down to the son’s slow crescendo into madness.

There is however a huge problem with the film which is arguably enough to lower its score: the title doesn’t make any sense. Nothing is burnt, nothing is offered. Other than the elderly mother’s food. Which was definitely not burnt, but well-cooked. Perhaps “Well-Cooked Offerings” just didn’t appeal to audiences.

Like most good horror movies, it’s not really about the horror. The social commentary and themes drive Burnt Offerings, with it a commentary on the death of the American family unit. Not far off how King uses horror in many of his works, either.