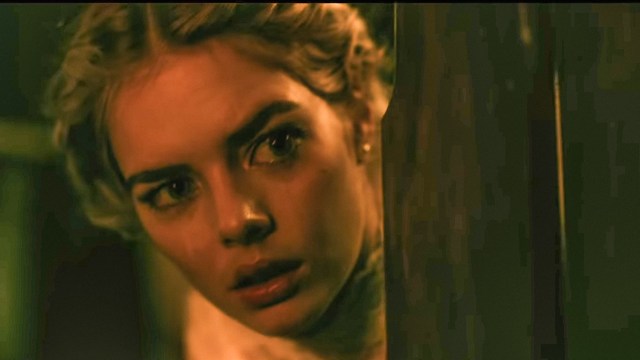 Almost every horror movie in existence has at least one Scooby-Doo moment — a “let’s split up, gang!” scenario that lands them in even more trouble — but we’re done talking about the buffoons among us, it’s time to focus on the horror characters with the most rational minds.

They may be few and far between, but there are intellectual survivors in the genre that save their own skins (and likely someone else’s) because of their quick-thinking in life-or-death circumstances. It’s a running gag that in almost any instance, the characters elect to split up, or check the dark and foreboding basement, or return to an area they just escaped to save an inept and totally undeserving ally. While it isn’t as common, there are examples where characters make smart choices, but if they made those too often, well, there wouldn’t be a horror movie, would there?

Naturally, one would assume that the final girl/boy would be the smartest, most grounded of all the characters, but this isn’t always the case. Some minor characters, specifically those outside of the main cast that appear sporadically, seem to have more self-awareness than most. Then again, often times their lives aren’t at immediate like the others.

It’s easier to bargain for more time or flee the scene if you’re not the person(s) that the monster, entity, or whatever else, might be pursuing. Across the years, there have been incompetent fools and sensible geniuses, so today, we’re raising a glass to the resident smarty-pants.

Some life-saving decisions in horror might be as simple as “don’t go down there” or “stay together,” but it isn’t always that straightforward. Sometimes, a fight-or-flight situation requires some real on-your-toes thinking, and can often be the deciding factor in who lives and who dies. These choices might be less obvious, such as navigating an unfamiliar environment or knowing when to grab a weapon and defend one’s self. Essentially, these are the characters that — if given the choice — we would gladly choose as our survival partners.

Wendy Torrance, eh? That makes a whole lot of sense for multiple reasons; Wendy suddenly discovers that her husband Jack has come a deranged killer, and must escape the Overlook Hotel with her son Danny in tow. When navigating the Overlook, Wendy makes all the smart, logical choices to ensure that she and Danny make it out alive and unscathed. Even when pursued by Jack, she doesn’t seem to lose her cool, which is not only commendable, but certainly an admirable quality to have. And, like mother like son, because Danny misleads Jack in the hedge maze by walking backwards in the snow.

Poltergeist sees the Freeling family terrorized by an intrusion of multiple ghosts. Diane and Steven’s youngest daughter, Carol, communicates with the apparitions via the television screen, but rather hilariously, the Freeling’s eldest daughter, Dana, leaves to stay with a friend and go on a date in the midst of the haunting. Basically, she stays far, far away from the poltergeists and their spooky shenanigans. If that isn’t the smartest decision any teenager has ever made, then it’s surely a close second.

Ellen Ripley? Of course! She understood the Xenomorphs better than anyone else; she had the knowledge, the know-how and the survival instinct, but everyone still ignored her. Honestly, they have no one else to blame but themselves. Throughout the franchise, Ripley is the voice of reason, ordering her crewmates to follow simple instructions to avoid certain death. It isn’t her fault they didn’t listen.

And that leads us nicely onto Grace Le Domas, the protagonist of horror-comedy Ready or Not. On her wedding night, Grace is hunted down by her in-laws in a sadistic game of hide-and-seek. However, she doesn’t ever make a clumsy decision, nor does she underestimate her own strength and endurance. She keeps fighting, outsmarting her opponents and eventually, she’s the only one to make it out alive — a well-deserved victory at that.

There’s more intelligent horror protagonists than one might think, so they aren’t all blundering idiots.