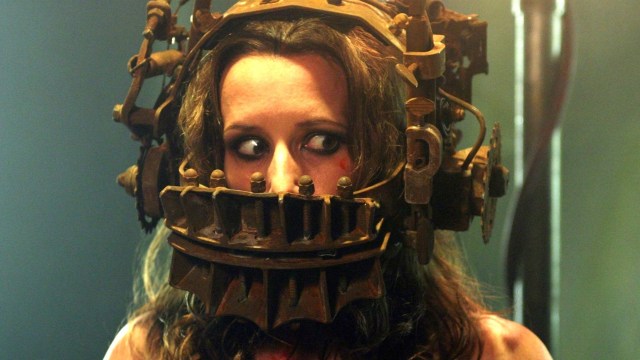 Somehow, there are horror fans out there that haven’t yet seen one of the most gut-wrenching, sadistic, innovative, and genre-defining masterpieces in biological horror history. Of course, we’re talking about James Wan’s Saw (2004). Apparently, despite nearing its 20-year anniversary, there are still innocent viewers who haven’t yet subjected themselves to Wan’s wonderful world of inhumane torment. For anyone in sheer disbelief. we’re right there with you.

Regardless, after educating themselves in what still remains the greatest body horror saga ever made, the first-time viewer took to Reddit to share their verdict.

“F**king genius” still stands as an apt description for Wan’s Saw even as it ages from the early-2000s to the early 2020s. There has never been, not in Hostel nor The Human Centipede (which we won’t go into detail about), a body horror quite as shocking, grotesque, and genius as Saw. In a novel-length paragraph, u/ape_hus gushes over Wan’s directorial debut, praising the plot twists, the acting (considering the low budget), and the realism.

Obviously, horror fans came out in full force to celebrate Saw, metaphorically nodding with an enthusiastic agreement as a fellow Redditor entertains the gore-filled universe whilst managing to avoid spoilers. Actually, that was one of the first topics of discussion — how on Earth a first-time viewer didn’t ruin a major plot point for themselves.

We refer, of course, to John Kramer’s presence in Adam Stanheight and Dr. Lawrence Gordon’s test. Unbeknownst to viewers, Kramer, the so-called Jigsaw killer, not only orchestrated the whole test from behind the scenes, but he was an active participant in the test the whole time. Doused in fake blood, Kramer pretends to be a suicide victim, lying in the center of the dingy bathroom for the duration of the test.

We’ll let the comments speak for themselves, but Saw aficionados were delighted to recall their own first-time experiences.

While some comments argued that Saw‘s many sequels (eight, to be exact) couldn’t live up to the standard set by the original, there’s something for everyone in Saw‘s many sequels and soft reboot. Right now, a tenth Saw film titled Saw X is currently in development, which prepares for Tobin Bell to return as the voice of Jigsaw.