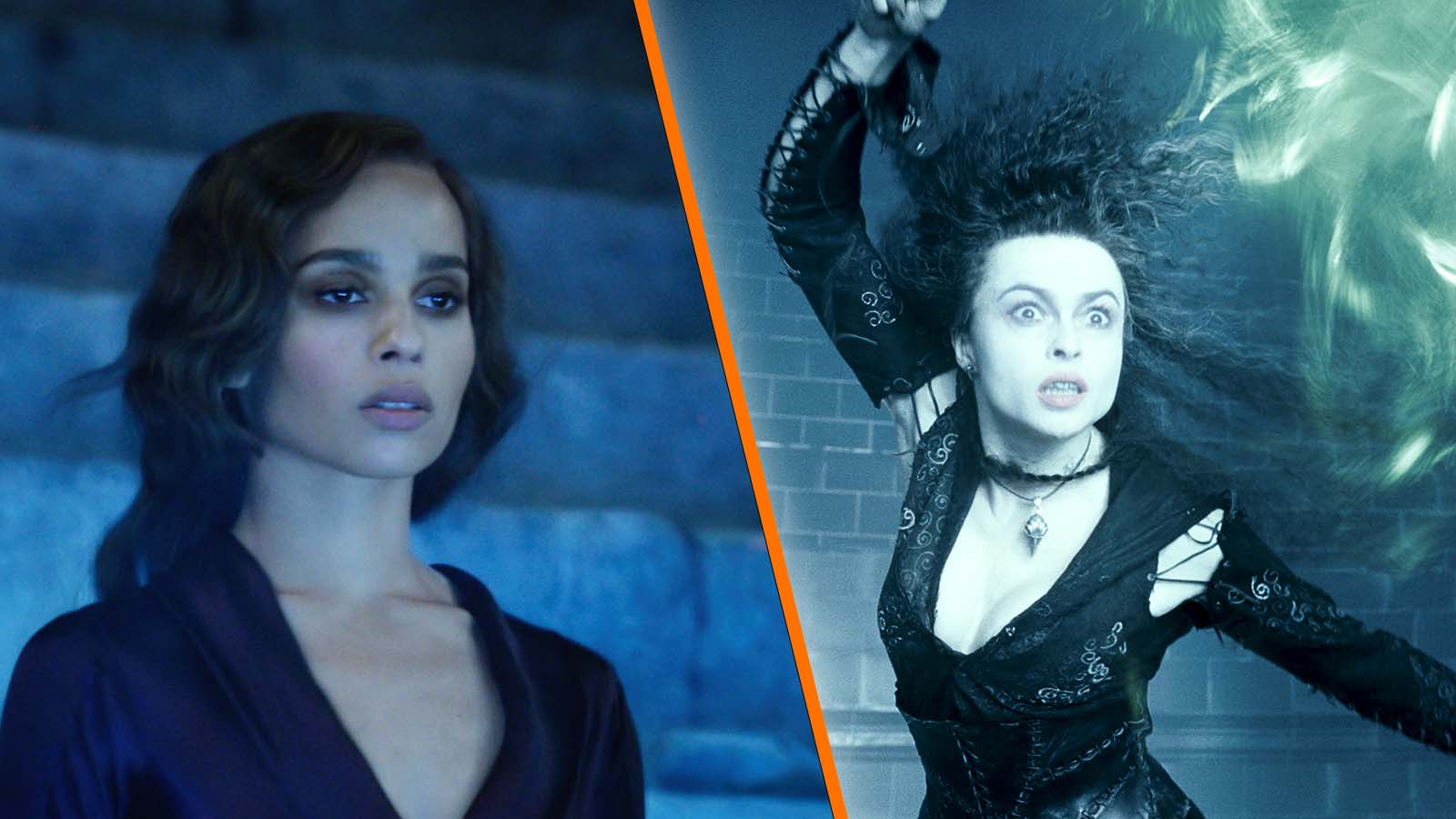 Before breathing new life into Cat Woman, Zoë Kravitz was busy expanding on the beloved, ever-dangerous Lestrange family tree. Her appearance as Leta Lestrange in Fantastic Beasts: The Crimes of Grindlewald was an exciting addition to the Lestrange family tree we got acquainted with in the Harry Potter films. Now, as we near the theatrical release of the next installment in the franchise, The Secrets of Dumbledore, many fans want to know how exactly Leta Lestrange and Bellatrix Lestrange are related.

Firstly, Leta and Bellatrix are related by marriage, not blood. As explained in the Harry Potter films, Bellatrix descends from the Noble and Most Ancient House of Black, the same Black family that gave us our favorite Godfather, Sirus Black. Bellatrix is one of Sirus’s three cousins: Bellatrix Black, Andromeda Black, and Narcissa Black. Each woman went on to marry a uniquely different man, trading their family name for the last names Lestrange, Tonks, and Malfoy respectively.

Bellatrix went on to marry Rodolphus Lestrange. That should mean Leta Lestrange is related to Rodolphus by blood and became Bellatrix’s sister-in-law by marriage. Now, this is where things get a tad more complicated.

If you recall, in The Crimes of Grindlewald, it is revealed that Leta Lestrange only had one brother and his name was Corvus Lestrange V. From Leta’s monologue at the end of the film, we discover that Corvus Lestrange V drowned as a baby after a nasty turn of events in which Leta swapped baby Corvus for another random baby whilst on a boat in the middle of the ocean.

So, who was the baby she swapped Corvus for? The events of the film soon lead to the discovery that he was Credence Barebone aka Aurelius Dumbledore (another complicated topic that deserves an article of its own). More importantly, why did Leta swap the babies? Well, as she says in the film, she only wanted a bit of peace and quiet.

“Corvus never stopped crying. I never wanted to hurt him, I only wanted to be free of him just for a moment. Just a single moment.”

That means Corvus died and never got the chance to father children, and because Leta was killed by Gellert Grindelwald by the end of the film, the Lestrange family tree presumably ended. This begs the question: then where did Rodolphus Lestrange come from?

At the end of the day, how exactly are Leta Lestrange and Bellatrix Lestrange related via marriage is both known and unknown. But given that there are more Fantastic Beasts films on the way and the fact that J.K. Rowling still drops answers to long-debated questions of Harry Potter fans from time to time, we can (hopefully?) expect our dilemma to be solved at some point.