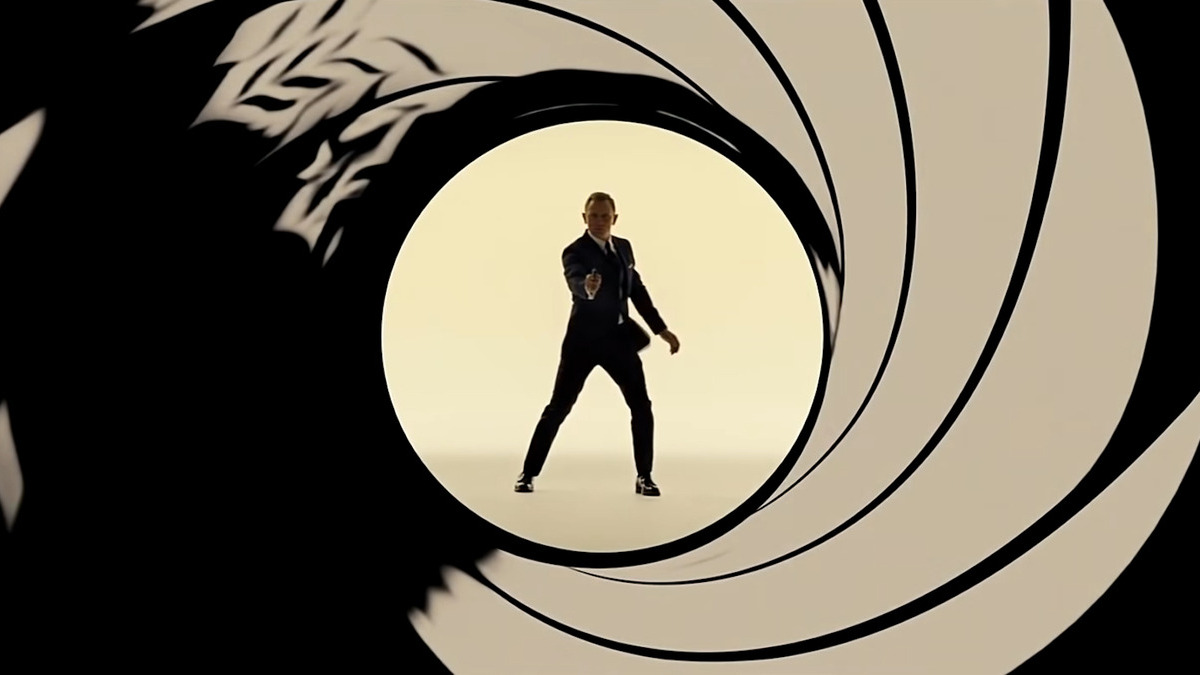 With Daniel Craig back in the zeitgeist thanks to his grand return as ace detective Benoit Blanc in Netflix’s smash-hit murder mystery sequel Glass Onion: A Knives Out Mystery, now is the perfect time to revisit his other most beloved character, James Bond, and work your way through the suave super-spy’s adventures, either for the first or the fiftieth time.

Based on the novel series created by Ian Fleming, the action-packed James Bond films follow the globe-trotting adventures of the British secret agent codenamed 007. A seasoned agent of British Secret Intelligence Service MI6, Bond’s membership of the elite 00 section means he carries a license to kill. An equivalent of the CIA, MI6 deals with international threats to British security, and Bond is constantly dispatched to avert global threats that include nuclear wars, the poisoning of Earth, and international blackmail. The villains he’s faced have become some of the most distinctive parts of the franchise. From the gold-obsessed Auric Goldfinger to the genetically-altered Gustav Graves, Bond’s foes always have a unique appearance or trait, a sinister plot, and a set of henchmen ready to challenge Bond.

So far, there have been six official 007s on the big screen. Original Bond Sean Connery and Roger Moore both starred as the spy seven times, although one of Connery’s outings is unofficial. Pierce Brosnan took the role in four films, Timothy Dalton in two, and Australian George Lazenby in just one. Daniel Craig is the longest-serving Bond. Although he’s only appeared in five films, Craig kept the tuxedo on for 15 years.

The Bond films have had to morph and change over six decades to reflect the role of a British superspy in a massively changed world. Although softened from the books, some of the character’s actions in the early films may make viewing difficult for modern viewers.

Watching the sequence of 25 films in production order is a fascinating record of the past 60 years and shows the change built into the franchise from its beginning. For example, while Dr. No was filmed in Jamaica when it was a British colony, it was released after the country’s independence.

The first five films in the series were produced between 1962 and 1967, but their relative continuity quickly fell apart. The sense of linked movies and sequels didn’t fully return until Craig arrived in 2006.

Since the beginning, the films have seized on elements of Fleming’s novels rather than faithful adaptations of their plots. Sometimes they combined scenes from multiple books under one of the writer’s typically eye-catching titles.

It wasn’t an approach that encouraged continuity, particularly considering the changing talent in front of and behind the camera. That means that despite James Bond being essentially the same character, he’s managed to meet his arch-enemy Ernst Stavro Blofeld for the first time on three occasions: in 1967, 1969, and 2015.

George Lazenby’s sole outing as Bond, in the unusually tragic On Her Majesty’s Secret Service, was regarded as a disappointment on its release and led to Sean Connery’s return two years later. An increasing appreciation for it over the years inspired a reference, a chance for Roger Moore’s Bond to take revenge on Blofeld, in the pre-title sequence of 1981’s For Your Eyes Only.

That was a rare attempt at continuity during the ’70s and ‘80s. Instead, Bond films have primarily relied on a comfortable action-packed formula. The third film, Goldfinger, cemented what audiences have come to expect from 007. It introduced Bond’s Aston Martin DB5, a pre-title sequence separate from the main movie, specialist gadgetry from Q-Branch, and the first of three belters of a theme song from Shirley Bassey. Goldfinger is astonishingly influential, considering how insignificant Bond is to its plot.

When you see a Bond film, you know what to expect: a deadly scheme with a larger-than-life villain, a car chase, and a casino, a vodka martini (shaken, not stirred), and a sharply worn tuxedo. When the series reset with Daniel Craig’s younger Bond in 2006 and a long-awaited adaptation of Ian Fleming’s original Bond novel, Casino Royale, it took time to reintroduce those elements. However, some parts — the tuxedo, the cars, and the title sequence — were unavoidable. Although Casino Royale was undeniably a “Bond Begins” film, it doesn’t help in trying to plot a viewing order that follows 007’s career chronologically. Within three films, Craig’s super-agent was a veteran and referenced previous Bond eras.

There have been two unofficial Bond movies not endorsed by EON, the production company that has controlled film rights to the character since the early 1960s. Casino Royale was a parody that loosely adapted the first Bond novel in 1967. Five credited directors go some way to explain why it’s a disjointed mess, despite an impressive cast that included David Niven, Peter Sellers, Ursula Andress, and Orson Welles.

More interesting is 1983’s Never Say Never Again. Before 1962’s Dr. No, Bond creator Ian Fleming had developed a script with producer Kevin McClory to bring his superspy to the screen. Fleming adapted the screenplay into the novel Thunderball without crediting McClory or other co-writers when the film fell through. That would have ramifications on Bond’s big-screen adventures for decades, most notably with Never Say Never Again, as McClory’s ownership of the concept meant that he could essentially remake the official film Thunderball. The film was a box office success, mainly because it lured Connery back to the role for the seventh and final time. Its title was a reference to the Scotsman’s return to Bond after twelve years.

The legal disputes over Thunderball and the ownership of the character of Blofield were key reasons why the SPECTRE mastermind was absent from the official franchise between 1981 and 2015.

Never Say Never Again was released in the same year as the official Bond film Octopussy starring Roger Moore as Bond. With George Lazenby also making an amusing cameo as a tuxedo-clad character called JB in a Man from U.N.C.L.E. television film that same year, 1983 might be 007’s live-action peak.

Let’s stroll past the gun barrel to explore the best way to experience Bond’s adventures.

How to watch the official 007 movies in order

Where to watch the James Bond films?

Due to their continued popularity, all 25 films have enjoyed repeat releases on home media, with all five of Daniel Craig’s entries available to purchase in the 4K format.

In May 2021, Amazon acquired 50% of the rights to James Bond as part of its $8.45 billion acquisition of MGM. Don’t expect a myriad of Bond films and streaming series any time soon, though. The other half remains in the control of EON, who has established a formidable reputation for keeping a firm grip on the character since 1962. That’s an important reason the franchise has remained popular, retained its quality, and become increasingly profitable over almost 60 years.

However, Amazon’s purchase will likely mean the end of the Bond films shifting between streaming sites like Hulu, Peacock, Pluto, and Netflix. At the time of writing, Amazon Prime Video is the home for all 25 official movies in the James Bond canon, so that’s your go-to destination in order to catch them all in order.