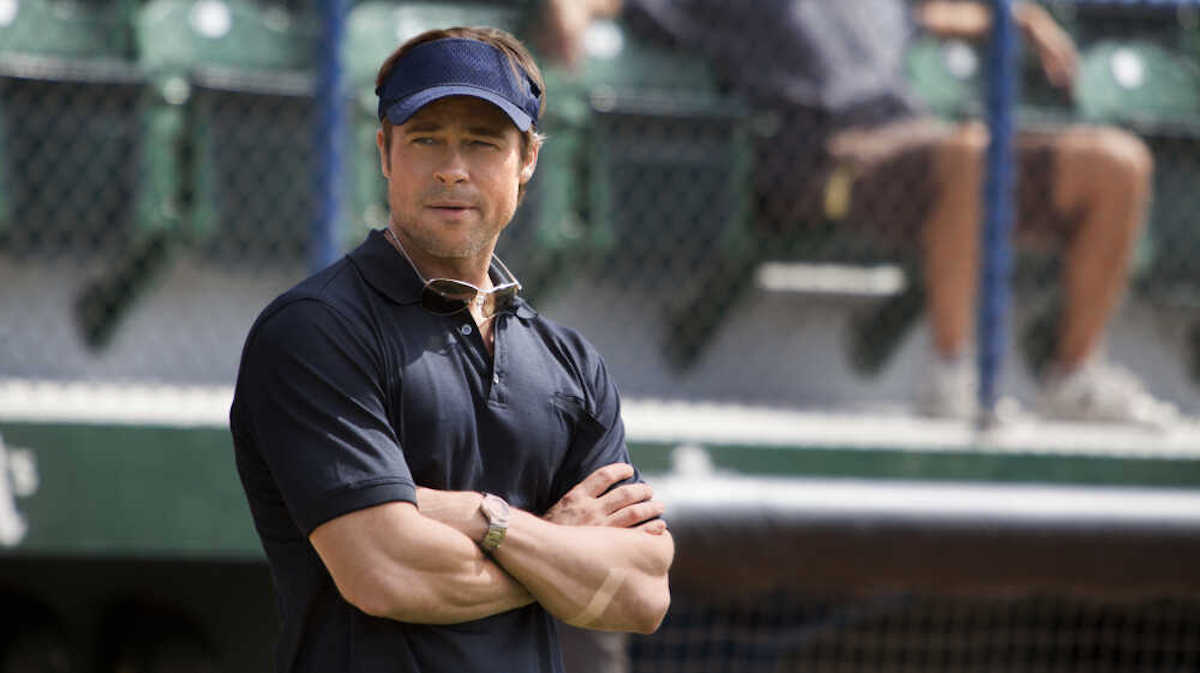 The best part about sports movies is the fact that they usually have the most triumphant endings. Watching underdogs prevail against teams that might have a higher possibility of winning is always so endearing. Whether your favorite sport is basketball, soccer, football, or something else, there are plenty of sports movies to fall in love with on Netflix right now.

Netflix is pretty smart when it comes to keeping its content updated and interesting. They also do their best when it comes to adding original movies to keep their subscribers happy. There are plenty of Netflix original sports films to check out right now, as well as sports movies that premiered in theaters long ago. These are some of your best streaming options.

Moneyball, starring none other than Brad Pitt, is a 2011 sports drama that runs for a little over two hours but is worth every moment of your attention. Pitt plays the role of Billy Beane, the general manager of the Oakland A’s baseball team. Even though he has big dreams for his team, he’s given an extremely tight budget to work with that doesn’t leave him a lot of wiggle room. He must figure out how to outsmart ball clubs that have larger incomes by reinventing his team in the most brilliant way.

2005’s The Longest Yard, stars Adam Sandler, Chris Rock, and several other well-known actors. The movie tells the story of a former professional football quarterback named Paul Crewe. Unfortunately, after landing in jail for committing an illegal crime Crewe is considered a disgraced individual. The warden working in his prison manipulates him by recruiting him to advise the prison football team. Coaching up prisoners is nothing he’s used to, but he catches on quickly.

Nearly everyone in the world knows exactly who Muhamed Ali is. He was a professional boxer who made a name for himself beyond the boxing ring as a poet, philanthropist, activist, and general entertainer. He is still respected and regarded for being one of the most talented athletes to ever walk the earth. This 2001 movie, which was inspired by his life, stars Will Smith, Jamie Foxx, Jada Pinkett-Smith, and several other A-list stars. If you are searching for an incredibly inspirational and motivational film, look no further.

Untold: Malice at the Palace

Let’s rewind back to 2004 for a moment and recall the infamous incident that took place between a handful of players during an unforgettable NBA game. The game took place in Michigan and Untold: Malice at the Palace recounts exactly what happened that fateful night. The fight, its lasting legacy, and the fallout that occurred after it all went down are covered in this informative film. It’s also the first installment to an intense five-part series.

Back of the Net

Back of the Net is a 2018 movie about a soccer student named Cory Bailey. She’s been practicing soccer her whole life and totally enjoys living the life of an athlete. Since it’s her passion, she finally realizes it’s time for her to take soccer seriously in life. She shows up at one of the most prestigious soccer academies with one goal in mind… she wants to beat her rival team at the national tournament. It’s going to take a lot of hard work, dedication, and passion for her to achieve her goal.

Going for Gold is another 2018 sports drama available to watch on Netflix right now. It’s about a girl named Emma whose life gets turned upside down when her father decides to relocate the family to Australia. When she’s there, she becomes friends with a new girl named Hannah, and they decide to teach a group of students the art of cheerleading. Even though they’re dealing with a bunch of beginners who are struggling with basic routines, they maintain their patience until everyone’s on the same page with the same incredible cheerleading moves.

Greater is a 2016 sports movie about Brandon Burlsworth, who was told early on in his adulthood that he wasn’t good enough to make it in Division I football. Regardless of the doubts surrounding him, he decided to overcome the odds and continue pursuing his dreams anyway. He took a major risk and started playing football in 1994. He eventually become a respected player and achieved his dreams; this movie documents how it all went down.

If you’re looking for a sports drama that might appeal to your emotional side, Full Count from 2019 might just be your best bet. The movie is about a young man named Milton Young who faces a series of heartbreaking events back to back. He is unfortunately forced to give up his dreams of playing professional baseball even though it’s something he’s wanted to do since childhood. Instead of continuing on the path of his baseball goals, he must return to his hometown once again.

In 2018, The Grizzlies was released telling the story of a small arctic town filled with people looking for something to get excited about. When lacrosse becomes an option for some of the students, they dedicate their time and attention to learning how to play the game according to the rules. Lacrosse becomes a huge focal point for the players and the fans who are watching.

2016’s Raising the Bar tells the story of an elite gymnast who decides to quit the program she’s been involved with for years to relocate to Australia. When she reenters competitive gymnastics in a new country, she befriends a girl at her new studio. From there, she tries to become a better person to heal from mistakes she’s made in the past. Being a talented gymnast who’s ready to compete is only half the story in this sports movie.