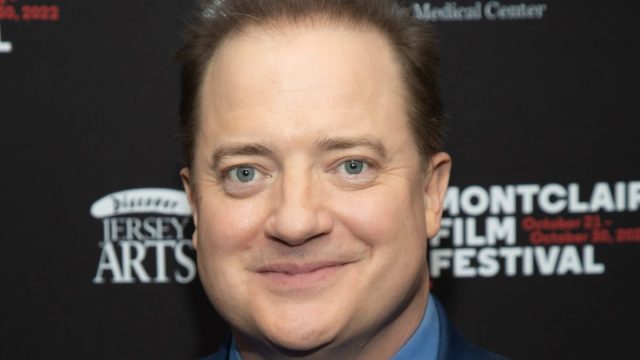 Brendan Fraser’s role in The Whale is finally providing the celebrated actor with the acclaim he’s long deserved.

The upcoming film stars Fraser in the titular role, as a 600-pound man seeking to repair the relationship with his estranged teenage daughter. Fraser’s performance in the part is already garnering high praise, despite the film’s release date still being nearly a month out. According to a recent GQ interview with the 53-year-old — however — he nearly missed out on his chance at a redemption arc thanks to the COVID-19 pandemic.

Fraser explained, in the interview, that he caught COVID in the early days of the pandemic, and shortly after he secured the role of Charlie in the Darren Aronofsky-directed film. Just after he’d received confirmation of his casting, and mere days before filming began, Fraser came down with a vicious bout of COVID. He caught the virus in the days before vaccines were widely available, and thus suffered from brutal symptoms.

The combination of bad timing and debilitating symptoms led Fraser to believe that his casting in The Whale was doomed before it could start.

“I thought I was gonna lose my job,” he said, before noting that he thought he “was gonna fucking die too.” Fraser pointed out his familiarity with production companies and the casting process, and expressed his initial certainty that, concerned by the timing of his illness, the “bonding company” would back out, or Fraser would fail to “pass an insurance checkup,” and lose the role to another actor.

Thankfully, Fraser didn’t miss out on the role, and instead delivered a career-defining performance in the upcoming adaptation. He did, unfortunately, spend days lamenting the loss of a role he sorely wanted, and reflecting on the series of career disappointments he’s experienced over the years. He made peace, according to GQ, with the loss of his role in The Whale, only to later discover that he hadn’t been removed from the cast.

Now, audiences will get a chance to witness Fraser in all his long-delayed glory when The Whale hits theaters on Dec. 9. The film is already stirring up Oscar rumors, with Fraser’s stunning performance coming in as a clear Oscar contender.