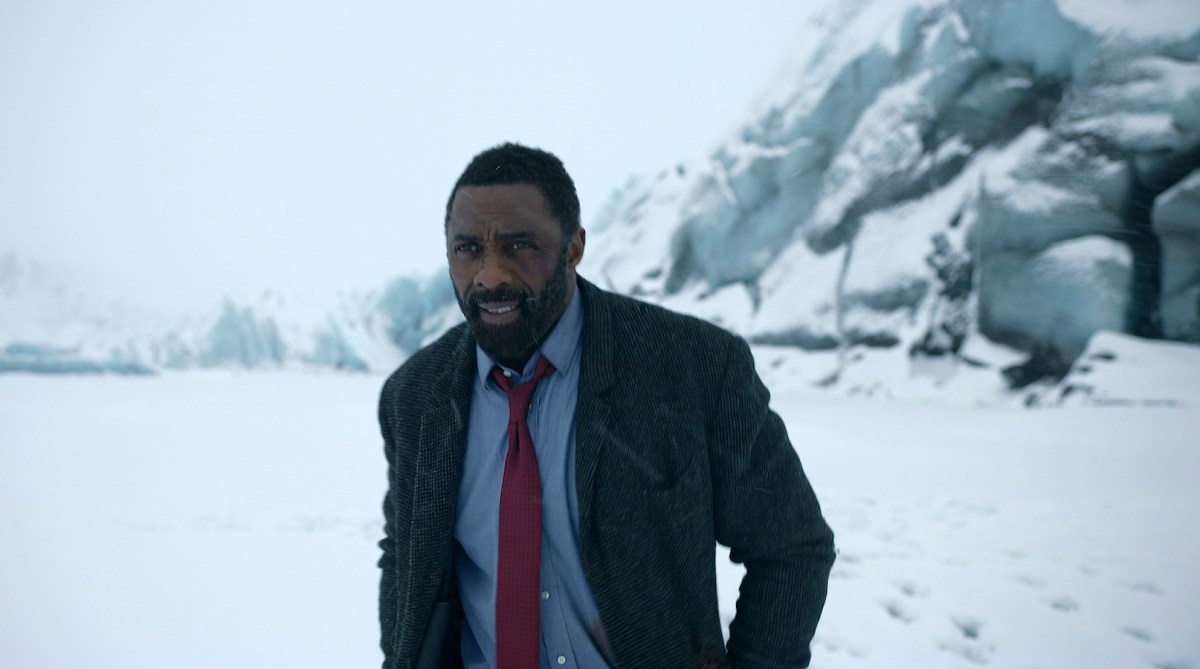 Four years later, Idris Elba is finally coming back as hot-headed Detective Chief Inspector John Luther. Netflix has revealed the first look, official title, and release window for the film which will be a continuation of the BBC’s five-season series.

Luther: The Fallen Sun is what the movie will be called, with Elba returning as the leading man, alongside Dermot Crowley as DSU Martin Schenk. Cynthia Erivo, and Andy Serkis are also confirmed to co-star in unknown roles — although the former is rumored to be playing Luther’s nemesis, according to British outlet Digital Spy.

The first images show Luther in several different locations, including famed London square Piccadilly Circus. The events of the film are expected to pick up where season five of Luther left off following Alice Morgan’s death and Luther’s consequent arrest.

Fans of the show have been patiently waiting for the continuation of this story, which enjoyed great success in the United Kingdom and later internationally, as well. It first premiered in 2010 and is considered one of the defining roles of Elba’s career, earning him several awards including a Golden Globe and a Screen Actors Guild Award throughout the course of its nine-year run.

There are no further details about Luther: The Fallen Sun‘s plot but Netflix has revealed it will arrive on the platform in March 2023.