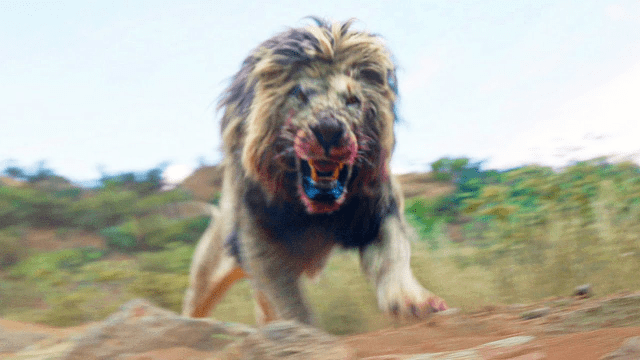 Beast has finally roared its way into theaters and, as promised, the film delivers on its intent to make Idris Elba go toe-to-claw with a relentless lion. It doesn’t seem to be doing much more than that, currently sitting at a 74 percent approval rating on Rotten Tomatoes, but with a premise like this, you don’t really need to.

Elba plays Nate, a wildlife biologist who brings his two young daughters on a family trip to South Africa in order to heal from the death of his wife, but soon finds himself in a showdown against a terrifying lion who won’t stop stalking them until they’re dead.

Despite the fact that Nate’s tenacity is driven tenfold by a need to protect his daughters, it’s equally true that his kids aren’t directly helpful in the practical realms of fighting a lion. With this in mind, Elba divulged to Collider which two of his former co-stars he would pick for his three-man squad of lion fighters.

“She’s super smart and we survived a plane crash in a movie,” Elba said of Kate Winslet, his first pick for the team and whom he starred alongside in 2017’s The Mountain Between Us, a romantic drama that saw the two of them brave a harsh, mountainous wilderness after a plane crash.

And for his second pick, Elba selected Michael Fassbender, who played the android David in 2017’s Prometheus, which Elba also starred in as ship captain Janek. Of his reasoning for Fassbender, Elba simply replied, “because he has magic.”

It’s quite the team, but unfortunately(?), the reality is that Elba’s going at this lion solo. Now, we can finally see whether man or beast comes out on top now that Beast is playing in theaters everywhere.