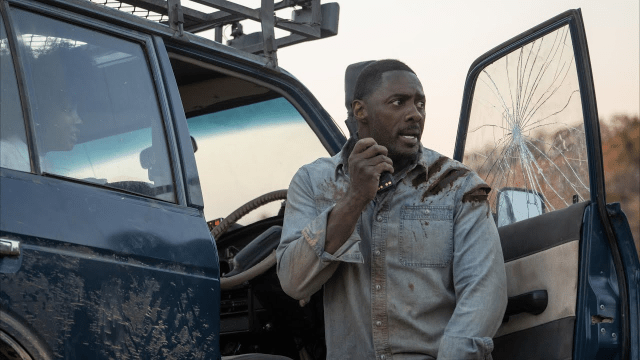 Today marks a week since Beast roared into theaters, with Universal’s latest blockbuster attempt seeming to deliver on real and imagined promises, among them the matchup between a conservatively-armed Idris Elba and the CGI lion seeking to rip him and his family to delicious shreds.

Critics and audiences have been going back and forth on whether Elba’s fighting of the ferocious feline brought enough weight to the movie, but for the main man himself, the prospect of that showdown and the inevitable focus on it resulted in the film’s more grounded and, arguably, interesting parts to fall by the wayside.

In an interview with Digital Spy, Elba remarked that it was the character of Dr. Nate Samuels that drew him to the movie and not the spectacle brought by the predator. He compared it to other action thrillers, noting how Nate was not only dangerously out of his depth but also going through a separate emotional journey at the same time.

“I think that the trailer — and I shouldn’t say this — but the trailer is slightly misleading from what the film is because it was not just ‘Idris punching a lion’. What was attractive [about the film to me] is that this isn’t like some, you know, ex military guy. This is a man whose actually going through a tough time with loss and grief and finds himself in this situation.”

He would go on to note that while lion-punching is a notable part of the film, he views the rest of the film’s ingredients, such as Nate fighting for his daughters and the sheer force of nature that the lion represents, are just as important.

“It’s kind of like a ‘What would you do?’ situation right, because your two daughters are being threatened by something you have no understanding of — this rogue lion. So I was attracted to putting all those ingredients into one pot and trying to make a film that is to your point, you know, escapism for an hour and getting there, throw your popcorn at the screen and just lose it.”

Beast is currently playing in theaters.