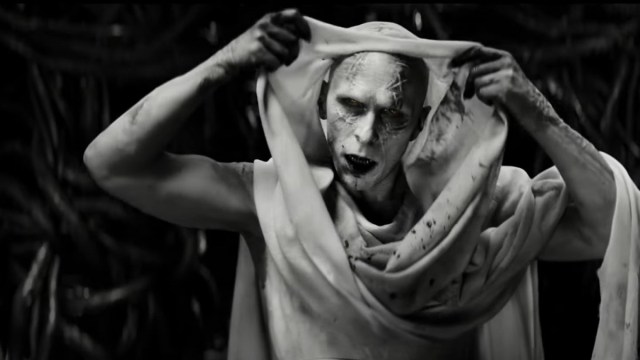 Bringing the MCU’s newest villain Gorr the Godbutcher to screens wasn’t the easiest task given the character’s distinct comic book appearance, and now concept art has highlighted just how different he could have looked.

Concept artist Ken Barthelmey took to social media to share a glimpse at an early concept for the character of Gorr crafted for Thor: Love and Thunder.

This look for the character differs substantially from what we finally got in the film, and more closely resembles the original look of the character, though it still isn’t the same.

In this concept, the character’s appearance strays further from the humanoid look fans will be familiar with, highlighting the character’s extraterrestrial side. According to the post, this look was never going to be used for Christian Bale’s Gorr as it had already been scrapped before the actor come on board for the movie.

Given the emotion and overall performance that Bale was able to achieve in the film, it would seem to have been the right decision to move towards a more humanoid-looking Gorr, especially given the character still maintained an unsettling appearance.

While Thor: Love and Thunder has taken some heat from critics and fans, Gorr is often noted as a highlight of the film despite straying from the comics.

If you haven’t yet had a chance to check out Thor: Love and Thunder there is still time to do so in theaters. It isn’t clear when the movie will arrive digitally so don’t miss you chance to see it in cinemas while you can.