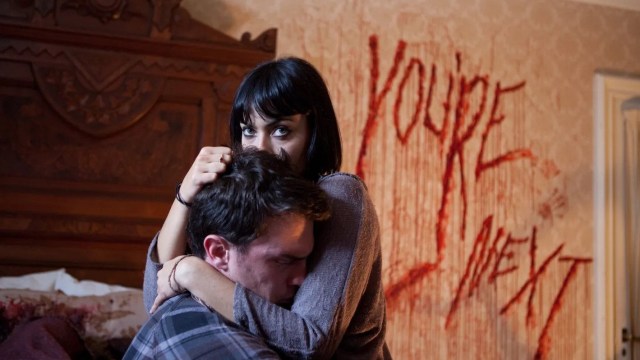 Horror fans aren’t just out for blood, they’re out for the bloodiest slashers in film history.

“What are some slasher movies with lots of kills or are just flat out crazy enough to keep your attention throughout?” wrote BillNyeYourMomAGuy in r/horror to open up this discussion like so many bodies have been opened up in the genre.

The Redditor broached this subject due to their gripe with too many slashers spending “way too much time showing the often boring characters doing mundane tasks.” Other Redditors came to their aid with decidedly non-mundane flesh-flaying flicks.

For starters, Kaiden92 recommended The Collector and Laid to Rest. The former is from 2009 and follows an ex-con who attempts to rob a house that has already been infiltrated by a far more brutal criminal, while the latter is also from 2009 and concerns a girl who wakes up in the captivity of a serial killer. Only the latter has a fresh rating on Rotten Tomatoes, but a splattered Tomatometer is apt for a genre full of splattered blood and organs.

Sharebear42019 brought up the sequel to The Collector, titled The Collection, which has an “even higher body count and more action.”

BayazRules suggested Pieces, a multi-national production from 1982 that has achieved cult status for its abundance of deep, bloody cuts.

As for less obscure super-slashers, AskCritical2244 chose You’re Next and Mayhem, two recent flicks that garnered acclaim from inside and outside horror fandom.

If like the OP, you’re craving slashers that get to the point rather than annoy you with “pointless” exposition, these are for you.