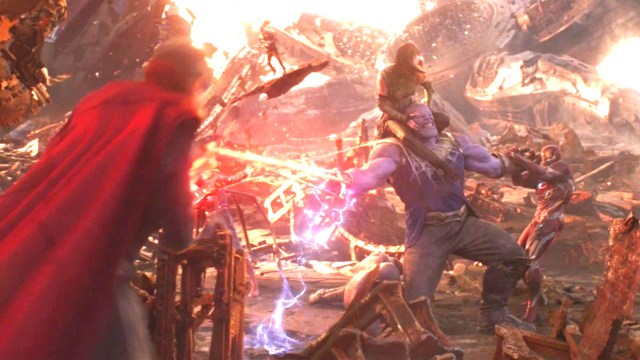 One of the most hotly-debated moments in Marvel Cinematic Universe history, one that fans are still arguing about over four years later, came in Avengers: Infinity War on Titan. You know the one.

The ragtag band of superheroes facing down Thanos on his home turf of Titan almost had the Infinity Gauntlet within their grasp, thus preventing half of all living creatures from being wiped out with a click of the purple warlord’s fingers. Of course, Star-Lord let his emotions get the better of him after discovering Gamora was dead, which ultimately cost the Avengers everything.

It’s been analyzed, discussed, dissected, and picked apart more times than we’d care to count since 2018, but a thought-provoking re-examination of the scene in question on Reddit instead opts to place the blame on Nebula and Mantis for giving away too much, which directly caused Peter Quill to lose his cool.

A lot of commenters claim that Earth’s Mightiest Heroes would have ended up losing regardless of what happened, but the overriding sentiment is that MCU mainstays still find it to be one of the most frustrating scenes in the franchise’s history, which is fair enough when you want to reach out and grab Star-Lord to prevent him from making such a boneheaded call.

Was it the fault of Nebula and Mantis, though? That’s entirely up for debate, even if you can see both sides of the argument. Had they kept their respective mouths shut until after they managed to wrangle the gauntlet away from Thanos, then the fate of the universe may have turned out entirely differently.