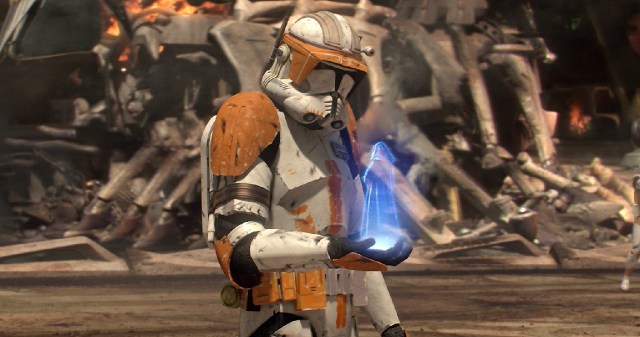 Order 66 is one of the most era-defining moments in the entire Skywalker Saga, not only turning the Jedi into a thing of the past but also removing any and all obstacles to the rise of Palpatine’s new empire. Some Star Wars fans who haven’t been paying close attention or never watched The Clone Wars, for that matter, might wonder, though, if the Jedi were the only targets of the Clone purge.

In fact, a Reddit thread has recently garnered a lot of attention for a legitimate, albeit obvious to the point of redundancy, question. Why did the Clones let Bail Organa off so easily when he approached the Jedi Temple during the purge? Would they have killed him if he pushed them to it?

Of course, the most obvious answer is that Bail Organa is not a Jedi, so the Clone urge to kill any Force-wielders on sight doesn’t necessarily apply to him. What’s more, Organa is a respected senator of the Galactic Republic — what remains of it, at least — not to mention the Viceroy of Alderaan. So even if he did witness something he wasn’t supposed to, the Empire couldn’t get rid of him so easily. The Clones certainly didn’t have permission to shoot him on the spot.

A lot of Star Wars veterans might find this question baffling, since the entire point of Order 66 was to “compel” the Clones to kill the Jedi. Still, Organa did try to help the Jedi youngling when he landed on the temple, so that might explain why the 501st also opened fire at him.

One could argue that since he wasn’t worth the trouble, in the end, the Clones just let him bail out. (Admit it, someone had to.)