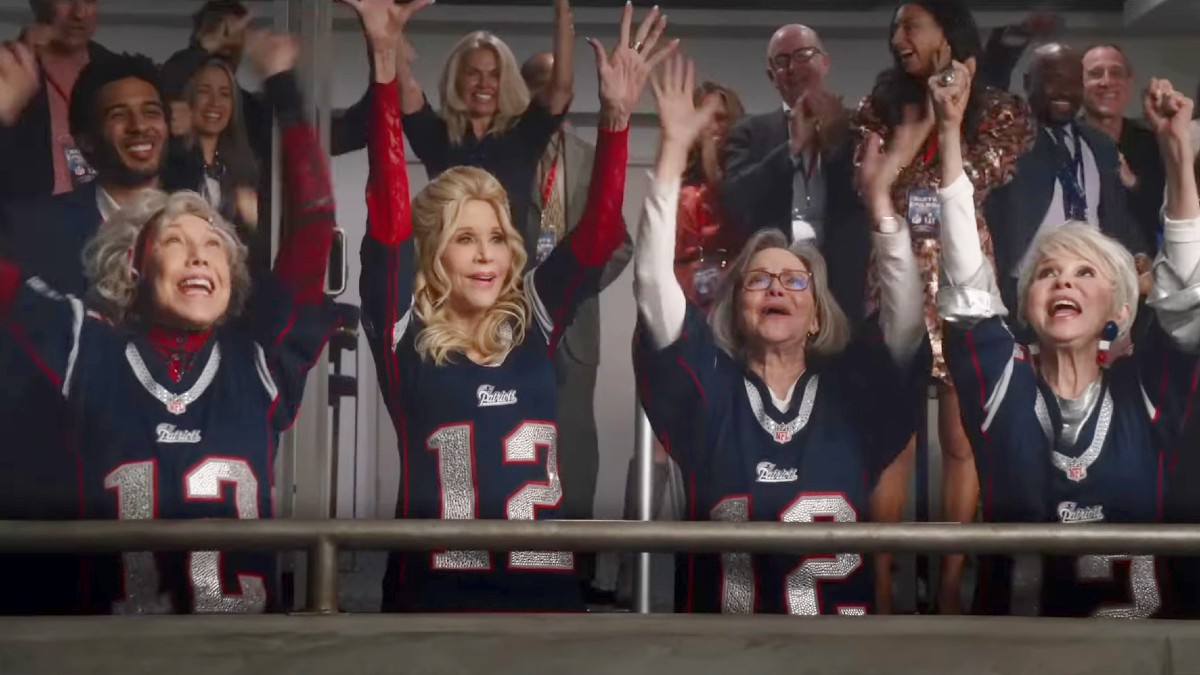 Paramount Pictures’ upcoming film 80 for Brady stars Lily Tomlin, Jane Fonda, Rita Moreno, and Sally Field as the titular octogenarians who make a trip to Boston to see their hero, Tom Brady, play in the 2017 Super Bowl. A big part of the film’s promotion is the story’s basis in real-life characters — a club of women who are Patriots fans.

Who are the very real ladies that inspired 80 for Brady?

CBS News correspondent Lee Cowan recently interviewed 94-year-old Betty Pensaville and 95-year-old Elaine St. Martin, who have been best friends for over 70 years and only became hardcore football fans after their husbands passed away. Watching the Patriots together every Sunday — especially their hero, quarterback Tom Brady, or “Tommy as they affectionately call him — helped them support each other in their grief.

They were soon joined by their friends Anita, Pat, and Claire, and together they eventually dubbed themselves the “Over 80 for Brady Club,” missing a chance to call themselves the “Brady Bunch.”

If you’re wondering how the film got made, Pensaville’s grandson Max works in Hollywood and he pitched the film to Brady. She remembers the message from her hero, saying he wanted to make a movie based on her and her friends:

Pensavalle was, understandably, had a hard time believing that Brady was contacting her. “Oh my God, Max! How did you do that?” she questioned. “Is that really him, or an imitation?”

But while the Over 80 for Brady club still exists, it now contains only two members — Betty and Elaine as Claire has passed away and Anita as well as Pat are staying in an assisted living facility. But even though their sacred club no longer boasts its earlier numbers, Betty and Elaine are still very much determined to continue ardent Brady fans. In fact, the duo only has one wish that they are hoping will be fulfilled — to meet Tom Brady.

“I hope we see him before we die!” St. Martin said, followed by Pensavalle adding that he better “hurry up.”