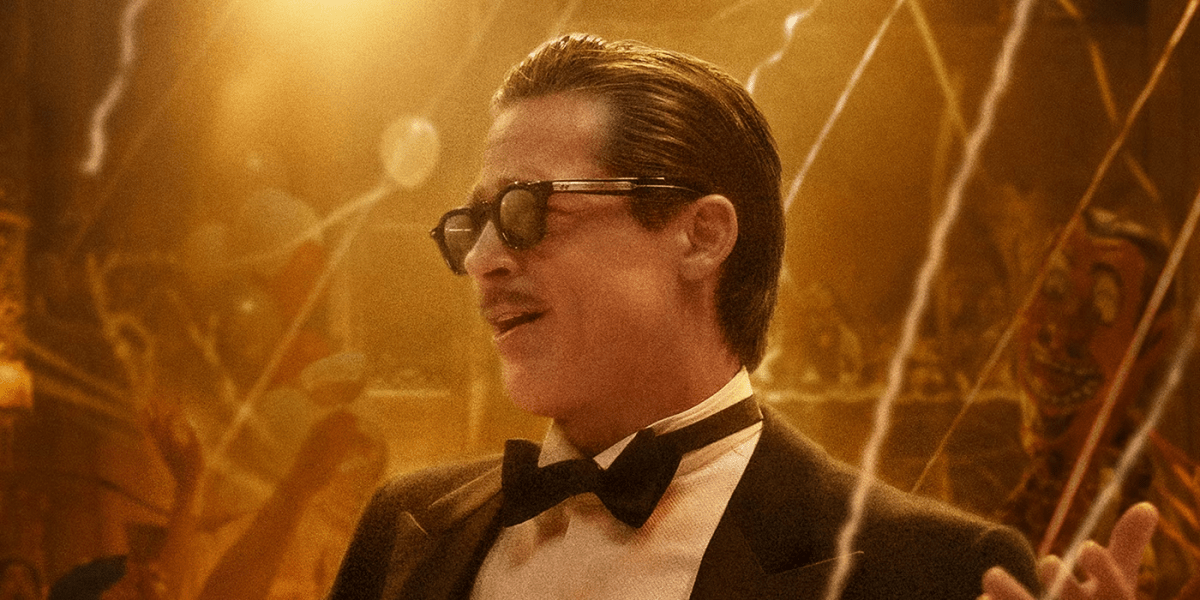 It wasn’t supposed to be like this! Margot Robbie and Brad Pitt together in an epic, sprawling movie about Hollywood called Babylon? What could go wrong? A lot, actually. Babylon needs to make $250 million to turn a profit. So far, it’s made $20 million. Meaning it has to make $230 million overseas, a tall order considering reviews are steadily mixed.

Babylon is a period film that tells the story of Hollywood’s transition from silent to sound movies, but is it a true story? Let’s find out.

What’s The Story Behind Babylon?

Babylon, written by Oscar winning director Damien Chazelle, is a take on Hollywood from around 1926-1930. Many characters were inspired by real life people and the settings are based in reality.

In a commentary in the film’s production notes, Chazelle said he wanted to present the darker side of Hollywood during the ’20s:

I wanted to look under the microscope at the early days of an art form and an industry, when both were still finding their footing. And, on a deeper level, I liked the idea of looking at a society in change. Hollywood underwent a series of rapid and at times seemingly-cataclysmic changes in the 20’s, and some people survived, but many didn’t. In today’s terms, we’d call it disruption. You look at what these people went through, and it gives you a sense of the human cost that accompanied the kind of ambition that attracted so many people to Los Angeles at that time. There’s a darker side to the story of that transition than I’d seen before.

There’s one person in the film who’s based on a real person and that’s MGM production head Irving Thalberg, played by Max Minghella. Other than that, other characters are an amalgamation of film stars at the time, according to Time.

For example, Robbie plays an actress struggling to make the change to talkies named Nellie LaRoy. She is based on actresses like Joan Crawford, Jeanne Eagels, Alma Rubens, and Clara Bow.

Robbie said Bow in particular helped her understand what those actresses were going through.

Clara Bow had probably the worst childhood of anyone I’ve ever heard of. Clara’s parents never got a birth certificate for her because they had already lost two children, and they felt certain she would never make it past her childhood. When I read that, the character of Nellie really started to make sense to me. I could imagine she always felt that every day she was on the planet she was on borrowed time, so she was going for broke every single day.

Pitt plays A-lister Jack Conrad. He’s based on big-time actors at the time like Rudolph Valentino, Douglas Fairbanks, and John Gilbert. Chazelle said he’s the biggest movie star of the era in Babylon.

Jack is sort of the uber movie star. He’s the highest grossing leading man in the world when we meet him. He’s one of those guys who has reached the apogee of stardom right at that moment, and the kind of hysterical love and admiration that he inspires, at a moment in time when the whole concept of movie stardom was still relatively new, is really hard for us today to fathom.

Then we have Diego Calva as Manny Torres, the most relatable character in Babylon who begins with nothing but wants to work his way up the Hollywood ladder. Chazelle said Torres was also inspired by real-life people, including Cuban born studio executive Rene Cardona.

“There was a short window of opportunity for nlack performers when sound arrived,” Chazelle said.

The more I researched those early days of Hollywood, the more I became aware of just how insane that time period was. It was this sort of larger-than-life assemblage of misfits who came together and built a city and a new industry from nothing. I didn’t feel like that kind of crazed behavior had been accurately captured on film before, and I wanted to present their lives and lifestyles in an unvarnished and totally unsanitized way.

“Socialites used to fly out here and stay for the weekend and do whatever they felt like doing when nobody was watching,” Baugh said.

Even the gangster scenes were based on an incident in Bow’s life and the sinister area of Cal-Neva, an area between California and Nevada that became a gambling destination before it was eventually outlawed.

Babylon is about as extravagant as a movie can get and it holds no punches. While it’s not doing great at the box office, there’s still a lot of Oscar buzz for the film, and while some critics hate it, others love it.

Movie critic Tomris Laffly said he liked how Chazelle wasn’t afraid to go over-the-top to fulfill his mission of delivering a good film, especially with the opening scene.

“This extensive intro—one of the year’s most impressive feats of filmmaking—feels as exhausting as Chazelle clearly intended it to be, serving as a denunciation of a town overflowing with unnamed skeletons concealed by the shadow of those who managed to claim the spotlight.”

So while Babylon is not a “true” story per say, it is a collection of real-life inspirations from the era arranged in a way to tell a seedy story of exploitation and excess. Babylon is in theaters now.