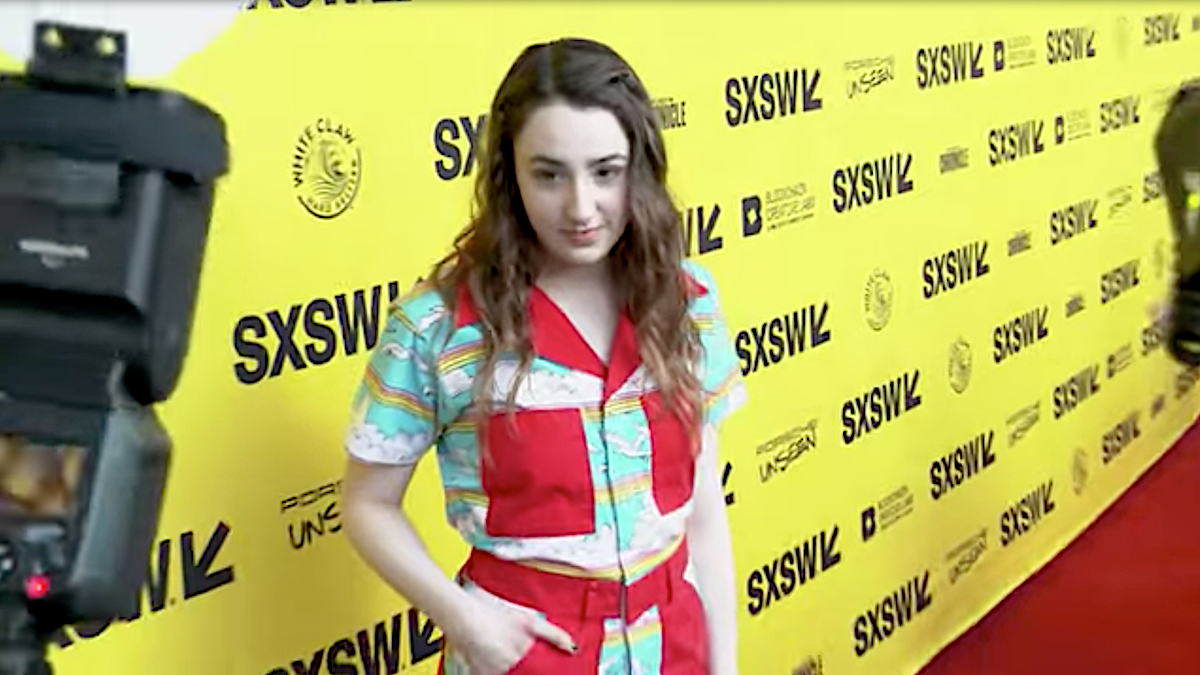 There’s a new kid in town. Cooper Raiff is making waves in the indie film world, and we couldn’t be more delighted. His new coming-of-age dramedy Cha Cha Real Smooth is Oscar-worthy, as are the performances from him and his co-stars Dakota Johnson, Leslie Mann, Evan Assante, and newcomer Vanessa Burghardt.

Cha Cha Real Smooth is actually Burghardt’s first role, and what a great score. Not only because she’s working with wonder boy Cooper Raiff and starring alongside some of the most talented actors of our time, but because she gets to portray a member of a previously under-represented minority: the neurodiverse. Long thought to be a “disability”, parents of people diagnosed “on the spectrum” disagree.

Who is Vanessa Burghardt?

Burghardt plays Lola, the autistic daughter of Dakota Johnson’s Domino. Lola is a girl misunderstood in the world and bullied at school, and her mother’s improprieties aren’t helping the situation. Lola, however, has support in the form of a new acquaintance, Andrew (Raiff) an aimless recent college graduate who returns to his mother’s home in a state of transition — and heartbreak — as his college sweetheart has gone off to Barcelona.

Cha Cha Real Smooth is a story of transformation for all of the characters, and one could argue that Andrew helps Domino to grow up. He definitely helps Lola come out of her shell, we witness her attempting — and enjoying — activities that her mother thought impossible. She even bets Andrew $300 that he cannot get Lola to dance, which he accomplishes in about 60 seconds.

In an interview with Insider, Burghardt said that Raiff was open to altering the script, and she provided a lot of insight into how Lola would respond to her environment. The industry has been quite unforgiving to filmmakers who use actors to portray disabled characters who are not disabled themselves. And in our current (finally) climate of sensitivity and inclusion, it’s refreshing to see Lola stemming. This is an action often represented as hand-flapping, and the way Burghardt does it is absolutely real:

“I ended up doing this thing where I flap my hands because I do that a lot. It’s something I do to regulate, and I felt like Lola as an autistic character probably does something like that, and Cooper was fine with it so it made it into the movie.”

Not much is known about Burghardt, other than her age, 18, and that she aspires to continue acting. We will keep you posted.