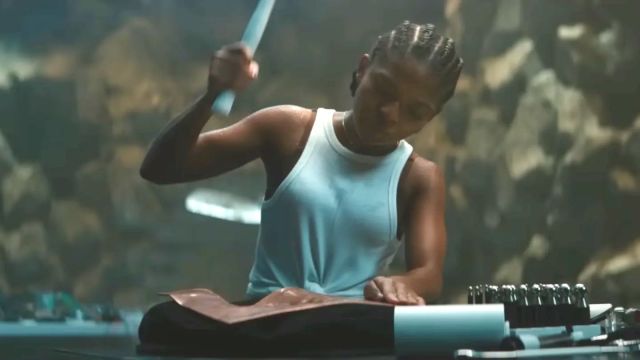 The biggest newcomer in Black Panther: Wakanda Forever is one Dominique Thorn as Riri Williams, with her stealing almost every scene she’s in and promising a return to the Iron Man-like origins of the Marvel Cinematic Universe.

Thorn’s big debut will have many wondering what it means for the MCU, and if she’ll be the next character to star in their own spin-off show or movie in the universe. Given how much is in the Marvel pipeline at any given time, it’s easy to get bogged down in what is and isn’t in development.

Is Ironheart getting a movie or series?

Riri Williams will indeed be getting her own spin-off, currently titled Ironheart. The series is currently filming in Chicago and Boston, with the Illinois native going back and forth between M.I.T. and her hometown. Ironheart is boasting quite a stacked cast as it stands, with Shea Coulee, Anthony Ramos, and Alden Ehrenreich all confirmed for the Disney Plus series.

Given the loss of both of her Ironheart suits during Black Panther 2, she’ll likely have to start from scratch again. Her first suit is very reminiscent of both the first Iron Man suit and DUM-E, while the Wakandan suit has a few Extremis suit vibes around it. Marvel are going full-on with comic book accuracy, so her multicolored armor will likely appear in the series.

Ironheart is set to debut on Disney Plus in late 2023, with it continuing the theme of younger, legacy heroes coming in for retired greats.