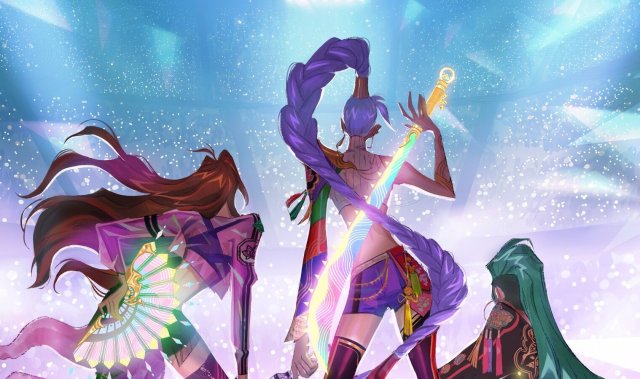 K-pop: Demon Hunters was announced for the first time in March of 2021, along with an art poster of the project, and its premise. But after over a year of silence, could this project still be underway, or did something go wrong? To the relief of many, we finally have the answers.

In case you don’t know what we’re talking about, K-pop: Demon Hunters is an upcoming Sony Pictures Animation movie about a girl group of K-pop sensations who keep part of their lives secret; they fight demons in their spare time. According to Variety, this project will be an action-adventure musical, directed by Chris Appelhans and Maggie Kang. This movie seems particularly close to Kang’s heart, as it is described as an homage to her Korean roots and her passion for K-pop.

With no more news regarding this project for over a year, one may have begun to question whether it is moving forward at all. Well, worry not: it looks like this movie is finally getting closer to being made. On Aug. 16, it was revealed via Twitter that Sony Pictures Animation is currently looking for actors for this movie, squelching everyone’s remaining doubts on the subject. In the open call poster, we can see that the studio behind this project is searching for English-speaking actors, who must also be able to speak some Korean; and, of course, given that this is a musical film, they must be able to sing.

Despite this piece of news, there is still a long way to go before K-pop: Demon Hunters is ready to hit the screens, especially considering that animated movies require a lot more time to be developed than live action ones. Because of this, it’s still too early for a release date to be announced, but things sure look promising.