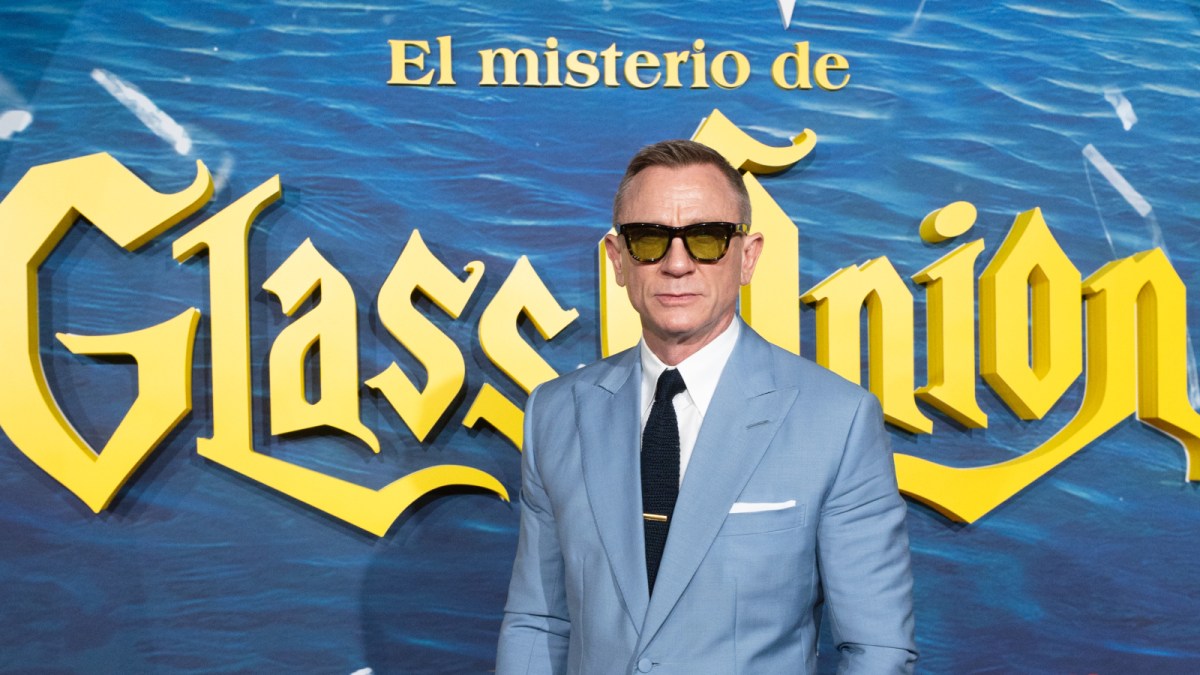 As the dashing Benoit Blanc calmly combed through clues during the original Knives Out, one thing was becoming clear — Daniel Craig’s character made such an impression that Netflix would not be able to resist a sequel.

What’s one sequel, though, when you can have a cavalcade of follow-up films that focus on an extremely likable character, a pretty universally beloved actor, and a renowned and still willing to prove himself director?

Netflix moved fast to secure the rights to a sequel for Rian Johnson’s Knives Out series, and in doing so, the much-publicized announcement came with not just mere clues to what would come, but a complete divulgence that fans should expect more than one sequel to come.

Now that the follow-up, Glass Onion: A Knives Out Mystery, has had its theatrical release, and the movie is making its way back to the streaming service just in time for Christmas with a Dec. 23 slated release on Netflix, fans are already clamoring for the third movie in the series. We’d call it a trilogy, but we’re not entirely sure how long this will go on.

All that said, here’s what we know about the Knives Out series so far.

Is a third Knives Out movie confirmed?

Since the sequel wasn’t called Knives Out 2 — but many have taken to that name anyway — we can surmise that third film won’t be called Knives Out 3. With the first movie borrowing its title from very popular British musicians, Radiohead, the sequel did that and even one-upped it, going with the Beatles’ classic song as the title, “Glass Onion.”

At first, the follow-up film was all that was announced by Lionsgate CEO Jon Feltheimer back in 2021. Nearly two months later, Netflix went all-in and signed up both Johnson and Craig for at least two more Knives Out movies. That means that, yes, indeed, indubitably, quite correct, we will be seeing a Knives Out 3. The deal for $469 million states that Johnson must have Craig as the star in the two succeeding movies, and with one in the books now, we can look ahead to when the third one might appear as well.

Even if producer Ram Bergman says they tried to keep the deal from getting too much fanfare, everyone knows in the digital age there is no such thing as keeping a big secret, especially one nearly half a billion dollars big.

“Listen, we didn’t really want it to be a big deal. We didn’t want it to be in the news. We’re very low-key. But somehow, perhaps not surprisingly, it blew up,” Bergman said to Deadline. “We’re not interested in that. All we’re interested in is having the best infrastructure and the best way to make a movie. And at the time, during Covid, it seemed like Netflix was clearly the best partnership. They offered the best deal and were willing to commit to more than one movie. So, we got very excited about that.”

What do we know about a so-called Knives Out 3?

While the deal allows for Johnson to work on other projects and take his time with rolling out the third movie in the Knives Out line, it seems that things will move even a bit quicker than a yellow submarine.

During the press tour and interviews for Glass Onion, Johnson has made mention many times that he’s been inspired by Craig’s character, by the worlds and storylines there are to immerse him in, and in the direction he wants to explore even in his own self with continuing to create.

“It’s interesting. We structured the (Netflix deal) so that if I wanted to do something else next, I could. And I think everybody assumed I’d have a couple other random ideas — unrelated projects — that I’ve been kicking around,” Johnson said in the same Deadline interview. “But, honestly, over the past couple of months, the most exciting creative thing to me right now is that third movie. And so, I think I’m going to hop right into it. Not because of a contractual obligation, but, genuinely, that’s the shiny object I find my nose pointed toward right now. [It’s] the idea of figuring out how it can be completely different from this one as well as the first one.”

Bergman added, regarding a third Knives Out movie, “Oh yeah, we’re thinking about it, but we need this movie to come out first, then I need Rian to clear his head, take a break, and then go and start. I mean, he’s been thinking about it.”

Let’s play the good old game of calendar detective, shall we?

Glass Onion began filming on June 28, 2021 and was ready for release in November 2022 (if not sooner), which means 17 months after production began, we had our Knives Out sequel. Johnson stated that he’s ready to start putting his writing — he’s apparently go gobs of notes already — into more of a framework and script just after the New Year starts.

Even if they can get to production by this summer, which seems a little bit of a stretch, unless things really get ramped up and pushed forward fast, we’re going to guess that Spring of 2025 seems like a pretty safe bet for the third movie to come out. Let’s say production begins fall of 2023, add roughly 15 months onto that, and we’re looking at probably more than two years from now. That said, depending on the scale and scope of the third movie, and Johnson and Craig’s desire to capitalize on the very sizzling IP, a similar holiday release for 2024 could be in the docket, but we wouldn’t bet on it with all the clues pointing a different way.

Will there be any more Knives Out films after the third one?

Both Johnson and Craig have joked that they’d keep it going as long as the other one is involved, which gives them both an out if the other partner decides they don’t have space for it right now. Yet according to Craig, as told to Deadline, he’s in for the ride as long as Johnson goes, so it seems it’ll be up to the director — and Netflix or another studio that wants to keep footing the bill — whether there will be more movies. We shouldn’t expect this world to carry on without Craig, but that doesn’t mean spinoffs — or a prequel about Blanc — couldn’t be in order (we all know how hard it is to kill a money-making IP).

“Rian seems to me to be very excited about getting on with the next one,” Craig says. “He’s already got some ideas, and they sound to me to be really interesting, so I’m going to let him just get on with that.

“Down the line, yes, of course. I mean, if people are interested, then we’ll make them. But if there ever came a point where either Rian and I thought we were just churning them out, I think we would back away. I mean, I just don’t think that’s what either of us want to do in life. Unless people are getting genuine fun out of them, forget it.”

Johnson agrees that, for now, there are plenty of ideas still rattling around in his mind and a great connective and collaborative spirit between them that could allow for more exploration into the world of Blanc and Knives Out. He also cautions against letting the sequels get out of hand, just as Craig talked about and has a great familiarity with for his James Bond/007 stint, which makes a bit more sense when you consider Johnson’s foray into the sequel-heavy world of Star Wars once upon a time.

Even with all that said, we as fans know well enough by now that you never say never, and that anything can be returned to, even years or decades later, and that if enticed by enough persuasion (read: money) that you never fully know what’s in the cards to come, even with quotes that say otherwise.

“It’s tough, because it’s not an expansive genre. It’s not like there are thousands of classics, like film noir, where it feels like there’s unlimited amount of stuff to draw from. There’s been plenty of different Agatha Christie adaptations over the years, and those are always fun to dig into,” Johnson said. “But in terms of actual innovative stuff in the genre, you do find yourself coming back to the same titles. It’s funny, because every time we release a Knives Out movie, I’m asked, ‘What are the five whodunnits that you would recommend to people?’ And it’s going to be very frustrating by the third movie to be naming the same five over and over again. That’s why I’m trying to dig deeper into the genre and see if there’s any hidden gems I’m missing.”

With how riveting the original was, and the promise of the premise of the sequel, fans surely will be hoping for some more stories in this world even beyond a trilogy.