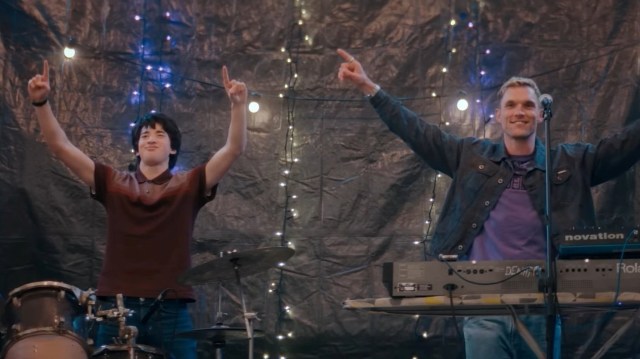 I Used to be Famous will become Netflix-famous on Sep. 16. This highly-anticipated film follows a former boy band frontman on the back end of relevancy, whose career is reinvigorated—and life repurposed—by a chance encounter with a drummer on the autism spectrum. It sounds like a poignant but inspirational music documentary along the lines of Searching for Sugar Man, Anvil! The Story of Anvil, or The Devil and Daniel Johnston, but is it? We’re here to explain whether I Used to be Famous is a documentary, completely fictional, or based on a true story. And if it is based on a true story, we’ll tell it.

Is I Used to be Famous a documentary?

Unfortunately for rock-doc-heads, it is not a documentary. Fortunately for dram-com-heads, I Used to be Famous is a dramedy co-written and directed by Eddie Sternberg and adapted from his 2015 short film of the same name. It is set in Sternberg’s native England for reasons more thematic than practical. “It is made in the vein of The Full Monty, Billy Elliot, and East Is East . . . that sort of heartfelt British film with a bit of grit,” the director told Variety. “It’s heartfelt rather than cheesy.”

Vince, the no-longer-a-boy band member, is played by Ed Skrein, who you may recognize from Deadpool or Game of Thrones, while Stevie, the more-like-a-boy but less-like-a-boy-band-member, is played by Leo Long, a multi-instrumental musician and newcomer to screen acting. Although both characters are fictional, they have real-world counterparts, especially Stevie.

What is I Used to be Famous based on?

For the crux of the movie and Vince’s characterization, Sternberg drew upon boy band and girl band alumni—those that became famous at a young age, had an “excess of sex, drugs, rock and roll,” and then got “chewed up and spat out.” He didn’t name any specific ex-members, but there are many candidates, including Jeff Timmons (98 Degrees) and Nick Carter (Backstreet Boys), whose highly-publicized transgressions may have come, in Sternberg’s words, from “having to deal with that void” and being a “product” rather than an artist.

“By picking up drumsticks, Saul—who was agoraphobic, didn’t like going out, didn’t like crowds—suddenly, through music got this power to perform in front of 1,000 people. It gives me shivers talking about it. So I thought that was music in its purest form.”

Zur-Szpiro’s the drummer and co-founder of The AutistiX, a London-based, majority-neurodivergent rock band that has toured internationally and performed with the likes of Tom Jones. “When you watch Saul perform, it’s just pure enjoyment, there’s no ego attached to it,” Sternberg continued. “Whereas with Vince, it’s all ego, and it’s all manufactured.”

In summation, I Used to be Famous is a fictional film with strong links to reality, particularly with Stevie being Zur-Szpiro’s counterpart on screen. The movie will have a limited theatrical run in the UK before landing on Netflix for the rest of the world to see.