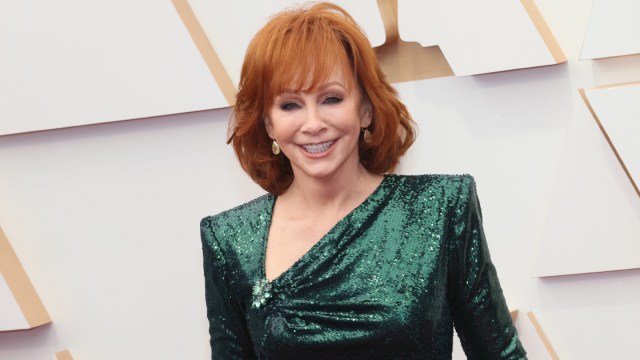 If you’re feeling fancy, Lifetime is working on a new movie for you, and it stars country music’s favorite redhead — the one, the only, Reba McEntire.

McEntire will star as a woman named Kim Wheeler, who becomes a circuit judge for the 5th District of Nevada, and while the idea itself isn’t something she’s unfamiliar with, she can’t anticipate just what kind of environment she’s jumping into until she gets there.

Per Deadline, the synopsis for Lifetime’s The Hammer is as follows:

“The Hammer follows Kim Wheeler, an outspoken firecracker lawyer who is appointed Judge of the 5th District of Nevada and is one of the few traveling judges left in America. After the reigning judge dies under suspicious circumstances, Kim finds herself covering a circuit that stretches between Las Vegas and Reno — a rugged, often desolate area where anything and everything can happen. With gavel in hand, she lays down the law with a no-nonsense brand of justice that quickly earns her the nickname “The Hammer.” As the investigation of the former judge’s death heats up, Kim’s sister Kris (Peterman), who runs the local brothel, suddenly becomes the prime suspect, and Kim must work even harder to make certain the appropriate justice is served.”

The Hammer is inspired by the story of Kim Wanker — Kim Wheeler in the film, but the specific events happening in the movie are fiction. That being said, there will undoubtedly be moments that Wanker will look upon with a fond sense of remembrance.

Who is Kim Wanker?

Wanker shared more about how she found out McEntire was going to play her — and how they kept in contact through filming the project.

“They contacted me and told me that Lifetime was going to pick that (the screenplay) up, and then in March, they called me and told me that Reba McEntire was going to play me. I communicated back and forth with Reba McEntire. She called me, and I texted back and forth with Reba, and they filmed a movie at the first week of May.”

Wanker, who is really known as “The Hammer” for her attitude and demeanor in the courtroom, is fierce and full of grit. Her ability to face whatever is thrown her way in court earned her the title, and it’s one she wears proudly.

That is something McEntire embodies in the trailer for the film and undeniably something anyone can see from a quick YouTube search of Kim Wanker in her essence. Simple moments, pieces in time where Wanker just…is — those are the moments that will likely inspire McEntire’s Wheeler.

In fact, an LA Times article shares a snapshot into Wanker’s life that coincides with a hilarious scene in the trailer.

A deputy pulled over a car that was in a bit of a rush, and who was in the driver’s seat? None other than Kim Wanker herself. She was trying to get to her new job as the 5th District Judge, and he asked if she had any proof to support her claim.

All Wanker had as proof was the black robe that judges wear. While the scene in the trailer contains a bit more snark than the real conversation likely held, it’s a nod to the fact that Wanker’s spirit will undoubtedly be sewn into the fabric of The Hammer.

While some may have felt intimidated when Wanker first entered the courthouse, several hold her in high regard because of the changes she made to the 5th District. The law became something to uphold again instead of something that existed to be challenged.

Is The Hammer based upon a true story?

So is The Hammer based upon a true story? The answer is as multifaceted as the woman who inspired the movie.

McEntire’s Wheeler is based upon the life, career, and personality of Wanker while dramatized for television. It is a Lifetime film, after all. However, once we found the video that shows Wanker’s excitement for the screenplay adapted from her life, we’re convinced that we’ll spend much of our viewing time trying to decide where Wheeler begins, and Wanker ends.

With McEntire’s talent and dedication to the role, we’re sure Wanker will be proud of the portrayal of the character inspired by her and what McEntire does to the storyline that Wanker didn’t live. It’s not every day someone writes a story that could have been yours.

Lifetime’s The Hammer is set for a release in 2023.