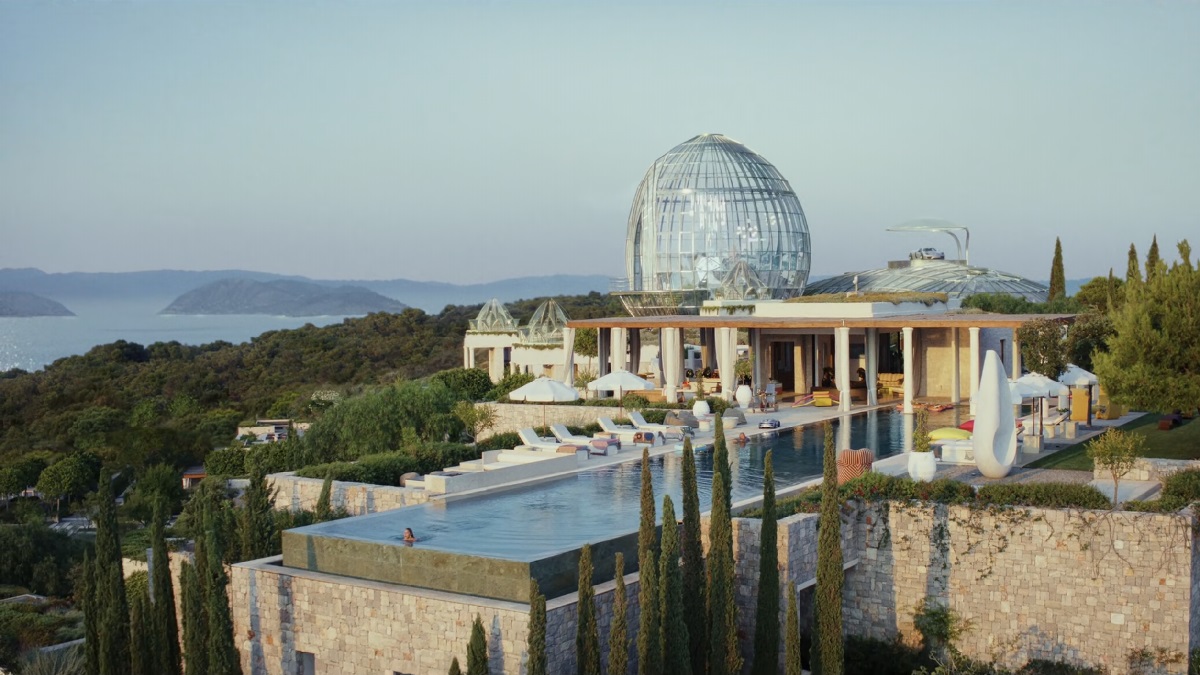 Rian Johnson describes Glass Onion: A Knives Out Mystery as a “destination vacation mystery,” because the setting of sun-kissed Greece plays just as important a part in the narrative as all the rest of the plot beats combined. And it’s in that vein the Glass Onion complex takes center stage in the Benoit Blanc sequel, sitting at the heart of the island that takes up much of the story.

All the mysteries and rug-pullings aside, everyone who has watched Glass Onion is probably wondering the same thing: Is the villa a real place and if so, where can you find it?

Well, as intriguing as the notion of a transparent glass house in the shape of an onion sounds — it certainly does wonders for the doughnut analogy Benoit Blanc is keen on bringing up at every given opportunity — the reality of the situation once again boils down to an awful lot of movie magic mixed in with a bit of marketing hype. Indeed, even Netflix knew you’d be interested to visit or even buy Glass Onion, so they decided to have a bit of fun with it. Here, let us explain.

Is the Glass Onion a real complex?

In short, the Glass Onion is not a real place. The Knives Out sequel was mostly filmed at the Amanzoe resort in Argolis, Greece. Rian Johnson even made use of a soundstage to shoot the interior scenes, taking the crew all the way to Belgrade, Serbia to help sell the illusory aesthetic he was aiming for, as disappointing as it might be to learn.

That apparently didn’t stop Netflix from having a bit of fun bamboozling potential buyers, though. The company actually listed the mansion on Zillow for a meager $450 million, inserting cheeky nods to the sequel like using Derol Zablinski’s name as a one-star realtor to post it up on the website. For those of you who don’t know, Zablinski is the random slacker who lives on Miles Bron’s island and repeatedly appears on the screen, asking both the characters and the audience to ignore him.

So, there you have it, folks. While the Glass Onion is not a real place, some millionaire might decide to build just that on their own private island. Even Netflix might be compelled to construct it as a tourist spot if it gains enough attention, though we highly doubt that’s going to be the case.