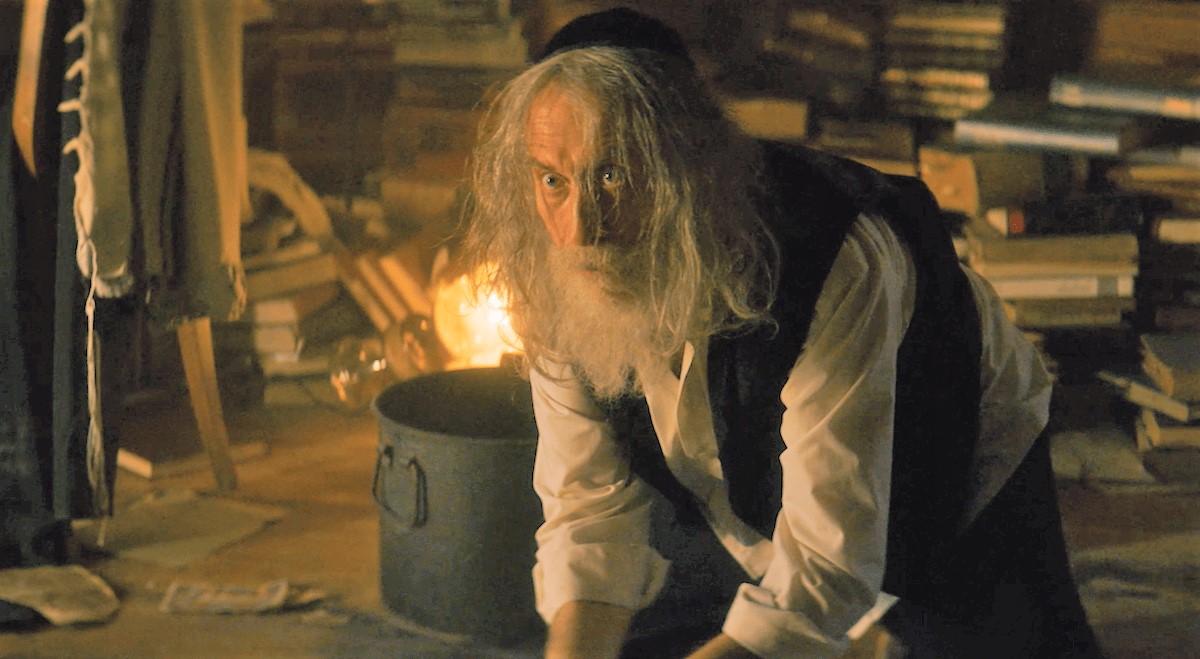 We live in a golden age of horror, with the last few years delivering an all-you-can-eat buffet of frights, chills, and buckets of blood. 2023 has already had a bona fide horror hit with M3GAN and now it looks like the next hotness will be The Offering.

The new film from A Night of Horror: Nightmare Radio director Oliver Park is currently sitting at an impressive 93% on the Tomatometer, with critics describing it as “smart, scary and suspenseful“, praising its “magnificent production design“, and as a “reminder of all the things horror is uniquely equipped to accomplish“.

Steeped in Jewish mythology and symbolism, the movie follows a pregnant couple visiting their Orthodox Jewish father, who lives in and runs a traditional Jewish funeral home with a basement morgue. Things kick up a notch when the corpse arrives of a man who committed suicide in an attempt to seal away a child-killing demon. And… well, you can probably guess where things go from there.

We don’t want to get into spoilers, but this movie sounds like it features a truly awesome new movie monster in ‘The Abyzou’, with its Jewish perspective separating it from most other horror fare. A word of warning though, all the reviews note that The Offering contains some truly jarring jump scares, so if you’re the sensitive sort maybe stay away.

If you’re made of sterner stuff (and if you’re reading this article we suspect you are) The Offering arrives in theaters today. And what better day to release a horror movie than Friday the 13th?