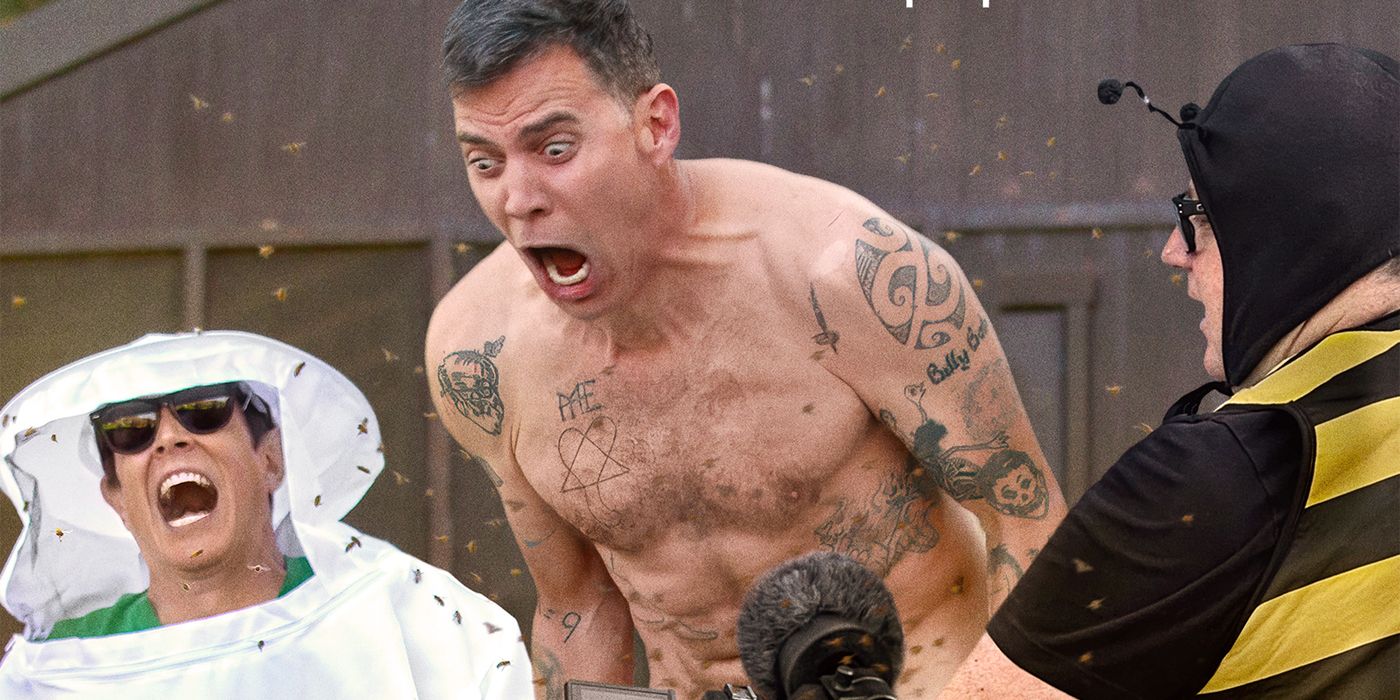 The Jackass Forever cast is pretty notorious for what they aren’t willing to do: not much. However, even the world’s most notorious pack of backyard daredevils reveal there have been times in the past they realized they might have gone too far … and that that realization generally hits about halfway down a mountain when you’re encased in two hundred yards of bubble wrap.

McGhehey, aka “Danger Ehren,” spoke up first when asked if there were any stunts the team wished they hadn’t tried.

“For me, It would be when I was in a bubble wrap fat suit going down the mountain. Erik Roner, rest in peace, was pushing me on skis and I was in a part and I front flipped and broke my neck on the other side of this and I told him exactly that that was what’s going to happen. Um, and I broke my neck.”

McGhehey’s co-star, pro-surfboarder Dave England, piped up, saying, “They wanted us both in there, and I said F- that. Yeah, yeah. I backed out of that.” proving even he has limits.

“I mean, in general, the regrets I have are for times when I wimped out and I had the opportunity to get some great piece of footage and just didn’t dig deep enough and, and you know, kind of wimping out? I lost A lot, a lot. A lot of great opportunities due to wimping out. And those are my biggest regrets.”

I think everyone wants their stuff that maybe you don’t want to do, but usually, that’s the perfect stunt for you,” said Pontius. “But the most painful thing that I ever did was the glove of ants on [Jackass spinoff] Wildboyz. And that was the worst thing I’ve ever done by far,” he added, referencing an episode set in Brazil where he engaged in a warrior initiation rite of the indigenous Sateré-Mawé people, which involves a glove made out of leaves and filled with bullet ants.

Pontius will be showing up in his famous Party Boy guise, stripping down to his thong to shock stereo store employees and bystanders alike in the upcoming Jackass 4.5, the extended cut of Jackass Forever. “The pandemic situation, it made doing stuff with the public super, super hard, and that’s what Party Boy completely depends on, but we did figure out a way to do it, but it’s in 4.5,” said Pontius.

Jackass 4.5 is predicted to be released this summer and will stream on Netflix.