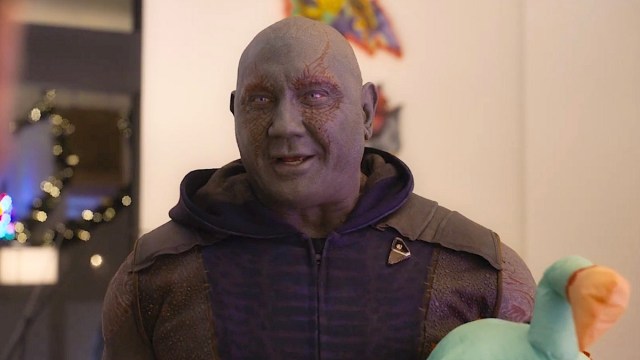 In just one week, The Guardians of the Galaxy Holiday Special comes to Disney Plus, and the early reactions hint that James Gunn’s long-awaited return to the Marvel Cinematic Universe has delivered the goods.

It’s only the second Special Presentation after last month’s Werewolf by Night, but given that both are on the way to receiving widespread adulation and acclaim from critics and audiences alike, we can already confidently call the experiment a success.

Incredibly, it’s been five and a half years since Vol. 2 came to theaters, and while the Guardians have popped up in Avengers: Infinity War, Endgame, and Thor: Love and Thunder since then, they’ve been away from our screens as the main attraction for way too long.

Gunn has made a habit of introducing a huge number of brand new characters into the MCU through his work in the cosmic side of the mythology, but he’s officially named his all-time favorite as he celebrated the one-week countdown, and you can see who he’s talking about below.

Obviously it was going to be Kevin Bacon, who found himself being referenced repeatedly in the MCU, something that always felt as though it was destined to end up with him making an appearance.

As far as self-awareness goes, having Drax and Mantis swing by Earth to essentially kidnap the actor as a Christmas present for Star-Lord is a hell of a hook, and one that perfectly encapsulates the offbeat and irreverent tone that’s seen the Guardians of the Galaxy rank as a selection of some of the most popular figures in the history of the long-running superhero saga.