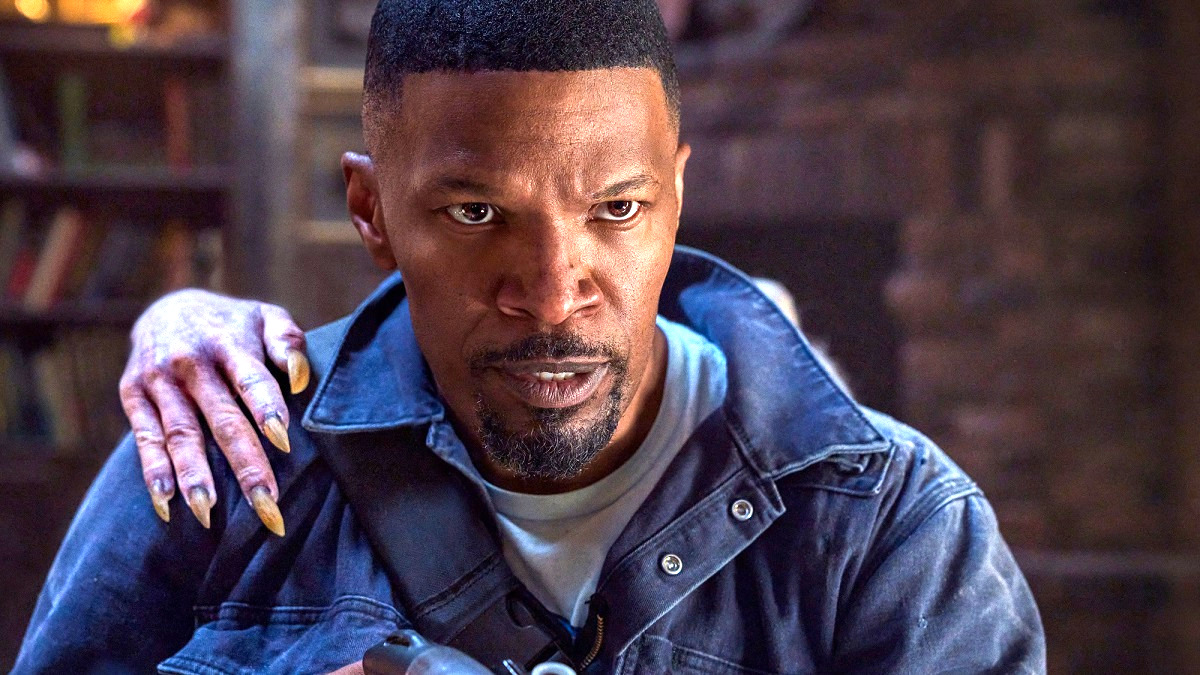 Netflix may have canceled his sitcom Dad Stop Embarrassing Me! after a single eight-episode season, but there doesn’t seem to be any hard feelings in regards to Jamie Foxx’s continued collaborations with the streaming service.

He’s already headlined one of the platform’s most-watched original movies ever thanks to gritty superhero story Project Power, and he’s got another pair of high concept genre efforts coming before 2022 is out, both of which were briefly glimpsed in yesterday’s bumper 2022 preview trailer.

Along with sci-fi comedy They Cloned Tyrone, the Academy Award winner will tool up to hunt down the undead in vampiric actioner Day Shift, and you can check out the first official image below.

Foxx plays a hardworking dad who tells his daughter that he works as a pool cleaner, but he’s actually a nocturnal hunter of fanged menaces. The supporting cast features Dave Franco, Scott Adkins, Snoop Dogg, and more, although it’s the caliber of the behind the scenes team that’s got us excited.

First-time director J.J. Perry is a veteran stunt coordinator that’s worked on the Fast & Furious and John Wick franchises, while Wick 3 and Army of the Dead‘s Shay Hatten rewrote Tyler Tice’s original script, with Chad Stahelski one of the producers through his 87Eleven banner, so the set pieces are guaranteed to rattle a few bones.