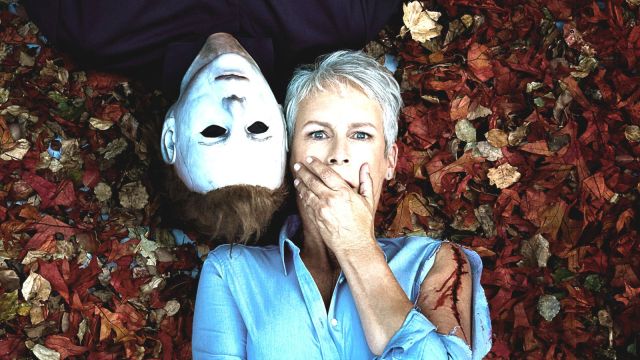 With Halloween Ends set to arrive simultaneously in theaters and on Peacock this Friday, all eyes are on franchise veteran Jamie Lee Curtis, who has already hinted that the final entry in David Gordon Green’s horror trilogy will likely mark her final appearance as memorable final girl Laurie Strode. And with less than a few days left to go, Curtis has some gut-busting “final” words for Halloween meme-lovers around the world.

Over on Twitter, an amusing video posted by user @robanthonyeadon has reached viral status — and folks are absolutely eating up the hilarious content. In the aforementioned clip, Curtis is speaking with Drew Barrymore during a panel discussion at New York Comic Con, in which Curtis describes the “trauma” that Laurie Strode has long suffered since her initial encounter with Michael Myers on Halloween night back in 1978. In the video, which you can check out for yourself down below, Curtis addresses a meme that floated around back during the marketing campaign for Halloween (2018).

“And I’ve seen the f*cking meme,” Curtis stated as attendees in the crowd understandably broke out into a fit of laughter. “So don’t worry, it was funny… but the movie also made a f*cking fortune, so f*ck you.”

While Curtis’ words were certainly satirical, the meme in question appeared to have struck a few nerves. The meme in question also went viral and served as a compilation of Curtis’ interviews leading up to H18, where she consistently included words like “PTSD” and “trauma” to describe Laurie’s state of mind. You can check out the meme for yourself down below:

Amusing or not, Curtis’ stance on the movie making a ton of money was undoubtedly accurate, seeing as 2018’s Halloween grossed $255 million worldwide and successfully reinvigorated a once-dying franchise. With that being said, it’s safe to say that Curtis indeed had the last laugh.

Catch Halloween Ends in theaters and on Peacock this Friday, Oct. 14.