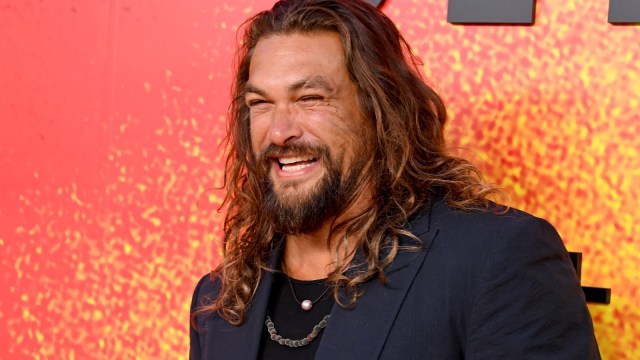 Jason Momoa doesn’t break bad very often, which is precisely why we’re so excited to see him chew on the scenery as the villain of next year’s blockbuster sequel Fast X.

Given that Charlize Theron’s Cipher has continually lived to fight another day since making her own debut in the eighth installment, the chances are exceedingly high that the Aquaman star’s mysterious antagonist will emerge intact by the time the credits roll, with the 11th chapter in The Fast Saga poised to draw the main timeline to a close.

Having recovered from the departure of original director Justin Lin, with The Incredible Hulk and Now You See Me‘s Louis Leterrier drafted in as his replacement, Fast X has been barrelling through production ahead of its May 2023 release date. Speaking to Variety at the red carpet premiere for the third and final season of Apple sci-fi series See, Momoa offered up some brand new details on what sounds to be an intriguing opponent for Dominic Toretto and the family.

“Time of my life. I get to be the bad guy finally. I’ve been the good guy for a while. He’s very sadistic and androgynous and he’s a bit of a peacock… He’s got a lot of issues, this guy. He’s definitely got some daddy issues.”

With Aquaman and the Lost Kingdom also on the docket, there’s a distinct possibility that next year will see Momoa enter the extremely rarefied air of starring in two billion-dollar hits within the space of a few months. That would be an impressive accolade, with audiences desperate to see how Fast X sets the stage for the gang’s grand finale.