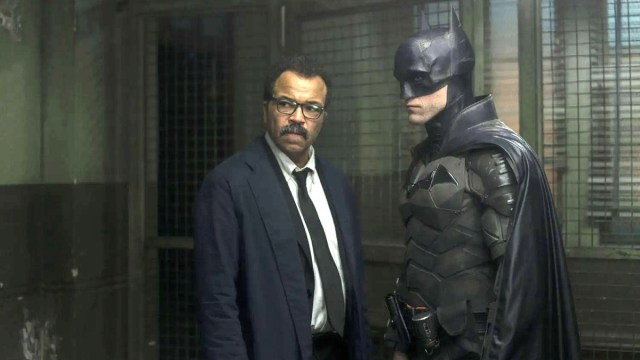 Jeffrey Wright may have been working in the industry for over 30 years, but in an ironic twist of fate, the pandemic era might just have seen him embark on the hottest streak of his career. The actor has appeared in a slew of critical and commercial success stories including Marvel’s What If…?, The French Dispatch, No Time to Die, and The Batman, while he’ll be back on our screens this weekend when Westworld returns for its fourth season.

The mysterious sci-fi series has proven to be increasingly polarizing as the story evolves, with Wright’s complex dual role as Bernard Lowe and Arnold Weber providing a narrative throughline since the very beginning. In an interview with ComicBook, though, the 56 year-old was posed with an intriguing crossover question; what would happen if his Jim Gordon and Robert Pattinson’s Dark Knight were dropped into Westworld and tasked to deal with the hosts?

It would be undeniably fascinating to see Gordon and Batman team up to tackle sentient androids gone rogue, and we’ve got the sneaking suspicion the crimefighting duo would fare a lot better than the park’s employees, who more often than not tend to wind up either dead, on the run, or in hiding.