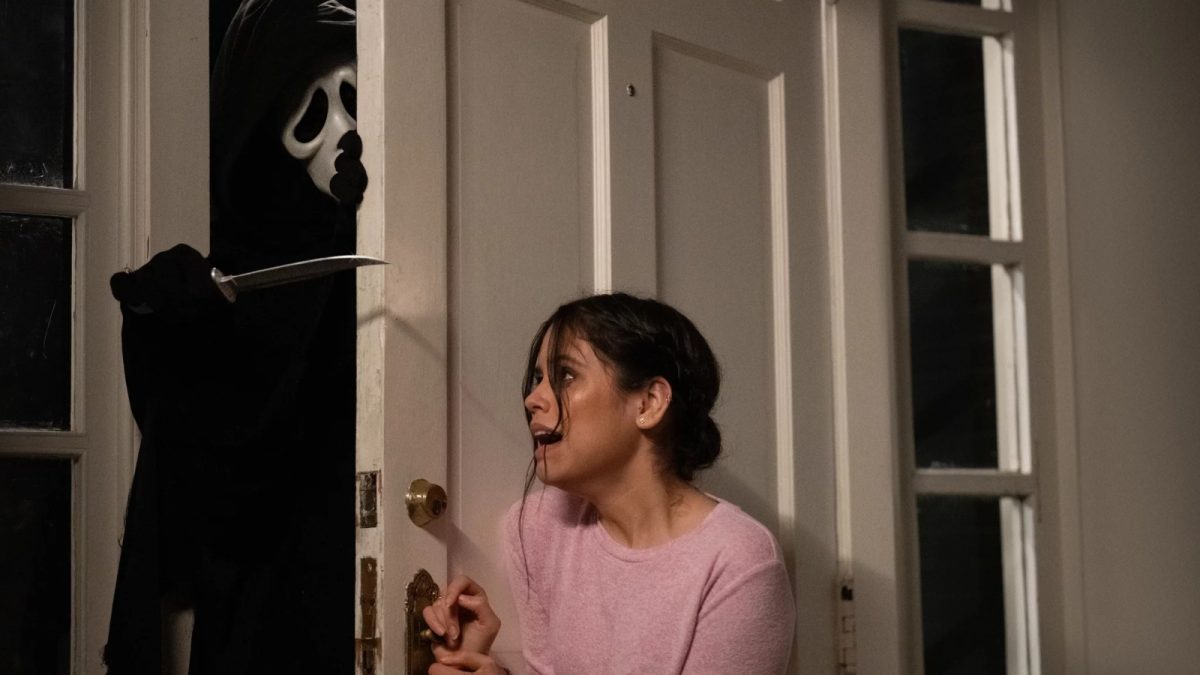 Jenna Ortega is slowly becoming America’s favorite Hollywood princess, from the many headlines garnered over her role as Wednesday to getting Rihanna’s name right during the Golden Globes. However, yesterday was a special day for the actress and the Scream franchise she starred in, so she chose to celebrate it by taking a shot in a tweet aimed at the infamous monster of the film, Ghostface.

Yesterday marked the one-year anniversary of the horror film that also starred Mikey Madison, Melissa Barrera, Neve Campbell, Courteney Cox, and Skeet Ulrich. Ortega played the role of Tara Carpenter, a high school student who did something no other Scream character has ever done.

That might make her one of the director’s favorite characters, but Ghostface definitely has it out for her now and that becomes very apparent on Twitter.

Everyone knows it’s not a good idea to call out a serial killer, especially one that’s been around since 1996. Jenna doesn’t seem to get that point, even though Ghostface is more than willing to raise her awareness.

The genuine love that pours from her fans is all over Twitter, as they express their admiration for her and their well-wishes for a long and enduring career. One tribute account put together clips from Ortega in the film, from when she answers the phone all the way up to when she’s about to be killed by the monster who invaded her house.

Will she survive Scream 6? That remains to be seen since the original faces of the franchise belong to Neve Campbell and Courteney Cox. However, she could possibly be sneaking up to take its place pretty soon as her star power in Hollywood gains even more strength.

With a March 10 debut locked in, Scream VI will soon be available for fans to enjoy. Will Ortega survive, or is this her final appearance in the franchise?