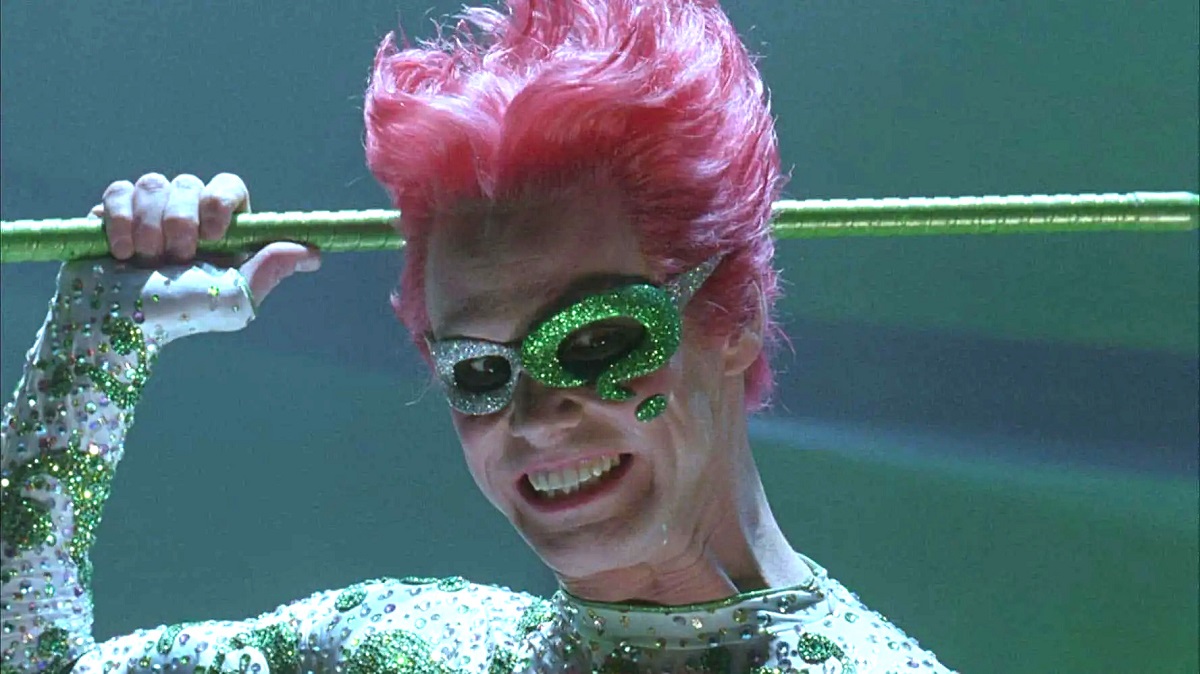 It goes without saying that Paul Dano’s Riddler is about as far away from the previous live-action incarnation of the iconic comic book villain as you could possibly imagine, when Jim Carrey was clad head-to-toe in lime green and devouring the scenery on Joel Schumacher’s Batman Forever.

Co-star Tommy Lee Jones told the funnyman that he couldn’t sanction his buffoonery as the manic bad guy, whereas Dano’s terrifying approach perfectly suited the aesthetic of Matt Reeves’ acclaimed The Batman. Unsurprisingly, Carrey didn’t seem entirely sold on the notion of a vengeful murderous Riddler when asked about it during an interview with Unilad, although he did stress his admiration for the actor under the mask.

“I’ve not seen it. It’s a very dark version. I have mixed emotions about it. To each his own and all that. I love him as an actor, he’s a tremendous actor. There’s a spot of worry in me over gaffer-taping people’s faces and encouraging people to do the same. Some sickos out there that might adopt that method.

I do have a conscience about the things I choose. Robotnik has cartoon bombs and no-one gets hurt. I know there’s a place for it, and I don’t want to criticise it, but it’s not my kind of thing… it’s very well done, those movies are very well done.”

If you’ll remember, Carrey backed out of promoting Kick-Ass 2 due to the movie’s perceived glorification of guns and violence, so it’s understandable that he wouldn’t be champing at the bit to praise a version of a character he’d previously played that beats a man to death in the very first scene of The Batman.