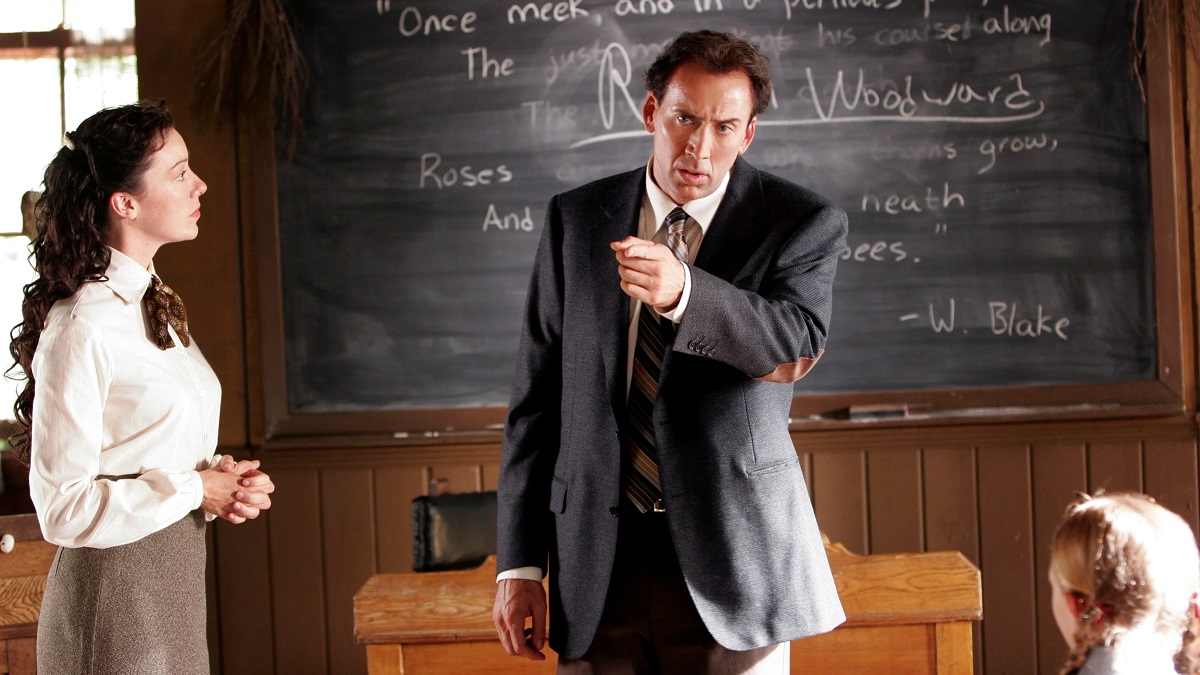 If there was any actor aspiring thespians would be desperate to learn from, then you’d imagine Nicolas Cage would be at the top of the list seeing as he’d definitely offer lessons you absolutely would not be able to find anywhere else.

Plenty of famous faces have taught classes before they hit it big, but would the Oscar-winning star be interested in starting his own university? Apparently not, but that hasn’t stopped horror legend John Carpenter from putting the thought into his head during an interview between the two icons for Document Journal that was every bit as surreal as you’d imagine.

While discussing their respective processes on either side of the camera, the brains behind Halloween, The Thing, Escape from New York, and many other classics suggested that the pair put their heads together and come up with an A-grade grift.

Cage, ever the student of the game, admitted he’d much rather make a movie with Carpenter than partner up with the veteran director to scam unwitting customers out of money, which is fair enough. Surely one of the biggest names in the history of horror isn’t so hard-up for cash that he’s plotting money-making schemes with Nic Cage of all people?

Even if that is the case, though, where do we sign?