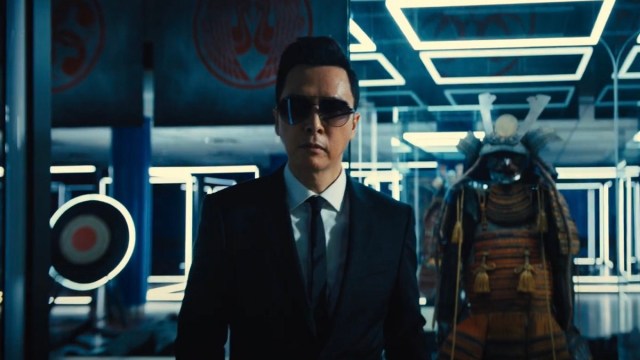 Hypothetically, if someone was a fan of the action genre, but they hadn’t seen a single John Wick movie, the simplest way to sell them on next year’s Chapter 4 would be to inform them that Keanu Reeves is set to go one-on-one with Donnie Yen.

Two respective icons of the artform with countless classics under their belts dating back decades, the prospect of seeing the sharp-suited titular assassin face off with a martial arts icon like Yen is a mouthwatering prospect, and one that wasn’t lost on director Chad Stahelski, as he revealed to Collider.

That’s a completely understandable reaction, but the filmmaker went on to tease the showdown to end all showdowns that could turn out to be the saga’s best hand-to-hand (and weaponized) scrap yet, even if nobody needs any convincing.

“So, it always comes down to, I can do the Donnie Yen triple kick. I can do all this, but you also want to do something different. So, you start sitting, you come at it from character, and you have a lot of discussions with the guys going, ‘Okay, Donnie is amazing at this. Keanu is amazing at this. They’re both great actors, so let’s lean onto that, and let’s do something we haven’t seen before.’ So now, that Donnie Yen with a sword and a pistol and Keanu with a samurai sword and a couple of pistols and throwing an AR-15 and a glass mirror room with Japanese artifacts. And yeah, throw in a couple of dogs, and let’s see what happens.”

That sounds fines by us, but the only downside is that John Wick: Chapter 4 isn’t coming to theaters until March of next year, so there’s a long way to go.